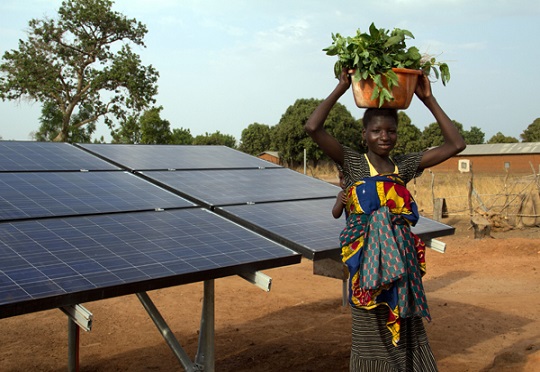 RENEWABLE ENERGY IN AFRICA: CAN THE FUTURE BE “GREEN”?

Development and energy sources in Africa

Africa is one of the fastest-growing continents in the world: according to some of the latest reports its population will double by 2050, and it will represent over 50% of the global demographic growth. According to these predictions, 2,5 billion people are expected to live on the continent, and by mid-century 25% of people will be African. Moreover, the continent, whose average age is 19, is extremely young and dynamic. This data is estimated to grow to 26 within thirty years, making African youth ten times larger than that of Europe by 2050.

It is not hard to understand how such dynamism will make Africa a prominent player in global development, and one of the most active markets worldwide. In a context which is already an area of interest to international powers, the continent will increasingly become an equal partner to Western countries.

Given the difference in wealth and development between different African countries and regions, the actual growth rates are generally not accompanied by the reinforcement of services and infrastructure. About 600 million African people do not have access to electricity while around 900 million people lack access to clean cooking (IEA Africa Energy Outlook 2019). The near-future increase of the African population will exacerbate the situation, pushing millions of people to demand access to energy and facilities. How African governments will respond to these requests will be a crucial issue.

In particular, the energy supply is, and will be, a key point of African development. Governments will have to be able to provide access to electricity to their whole population, supporting local, national, and continental development. In this framework, renewable energy sources could play a pivotal role in African energy self-sufficiency and sustainable development. But how can green energy be implemented in African production chains? And what is the current situation in this field?

The role of green energy in Africa

Energy consumption in Africa is characterized by a high level of disparity: South Africa, together with North African countries, cover more than 70% of the entire energy consumption of the continent, while a Sub-Saharan urban citizen uses only 200 kWh per year on average (North Africa 1442 kWh/year, South Africa 4148 kWh/year). This fragmentation gives a snapshot of the unequal development of the continent, particularly in a strategic sector such as the energy industry. It also represents a significant issue for an equal development of the continent and for “the pan-African drive for unity, self-determination, freedom, progress and collective prosperity pursued under Pan-Africanism and African Renaissance” (African Union, Agenda 2063).

At present, renewable energy only accounts for 2% of the total production, confirming the backwardness in this field (45% of the total energy is sourced from biomass burning, typically used by people who lack access to clean cooking systems). Of these renewable energies, hydroelectric power is the most used (74% of the total), as large dams represent strategic infrastructures in several regions, and their construction is heavily promoted at an international level. Unfortunately, regardless of this, fossil fuels still make up the majority of the share, prompting several African countries to even import it from abroad.

As stated earlier this situation contributes to Africa’s slow and unequal development, notwithstanding its potential in the fields of solar and aeolian energy. Currently, South Africa, Morocco, and Egypt are the major solar energy producers whereas Kenya, and Senegal dominate in the production of wind energy. Still, green energy is under-exploited despite the continent’s possibilities. For instance, solar radiation in North Africa is 3 times higher than the European average, and the Saharan Desert alone could accommodate a great number of solar power plants. Wind energy could also be effectively produced and harnessed in many African areas.

There are many economic, logistical, and political reasons for this underdevelopment. The construction of any kind of renewable energy plant requires large investments, and a network of efficient infrastructure to guarantee widespread distribution. Green energy production also requires high knowledge and trained personnel at all levels, such as design, construction, maintenance and so on. In most cases, African countries do not have the economic resources and the know-how to pursue it alone, thus relying on foreign investments in the sector which finance and oversee construction of new energy plants.

In addition, the lack of infrastructures in large parts of the continent, especially in rural areas, represents a serious obstacle to the development of a high efficiency energy grid capable of distributing electrical power and to allow countries to reach a homogeneous and effective progress. Moreover, the lack of facilities which lead to, for instance, limited mobility in certain areas, would make the maintenance of the energy grids extremely difficult. Therefore, green energy expansion in Africa is realized mainly through small-scale implants that can ensure electricity supply to small villages or limited areas, which are low-cost and easily maintainable. Although this configuration can actually support the development of poor rural areas that have no access to electricity, it no longer appears to be a sustainable way to strengthen African growth and to reinforce its international role.

Lastly, the political instability of many African countries is a severe threat to the establishment of a modern energy network in the continent. Conflicts drain state funds, making the construction and management of energy infrastructures very difficult. Moreover, political agendas of unstable governments do not focus on the strengthening of energy independence of their countries.

Despite all these obstacles, the International Energy Agency (IEA) claims that green energies will represent one of the main development factors for African countries. In its 2019 Africa Energy Outlook it foresees that by 2040 more than 60% of the total electricity production will come from renewable sources. Although the speed of that growth is uncertain, scenarios agree that technologies related to wind and solar energy will be those that will be developed more, pushing green energy production up to 40% of the total. This expansion has both economic and political consequences; electricity cuts, and inefficiency in distribution in general, represent a big issue especially in African cities. Indeed, many of the latest clashes in North Africa cities were generated by protests on the lack of energy. For instance, last year clashes in Libya were triggered by electricity outages. Similarly, power absence in Sinai generated discontent, subsequently providing opportunity to terrorist groups to increase their influence in the region.

There is no doubt that a higher production at national level could allow Africa to achieve a more equal development. To this end, renewable energies could give the continent a new international role as energy provider, by also supporting the increase of its population, and the resulting rise of new consumers, markets and needs. Moreover, considering African population rates, a green change could have beneficial effects on global warming too, which represents one of the main challenges of the next few years. That is why Western countries, whose role is crucial for an African Green Deal, should promote international investments, training, transfer of knowledge and, more in general, development aid and support to local Governments.

Security and Cooperation: Egypt’s role between Regional and International Powers

The ITSS Africa team interviews Muhammad Musaad Alaraby, from Biliotheca Alexandrina’s Center of Strategic studies, analysing Egypt’s role in the international cooperation in the security field. Together we discussed the current situation in Egypt, and its position between Europe and Africa. Finally, we concluded with a snapshot of possible future scenarios regarding Egypt’s security and cooperation internationally.