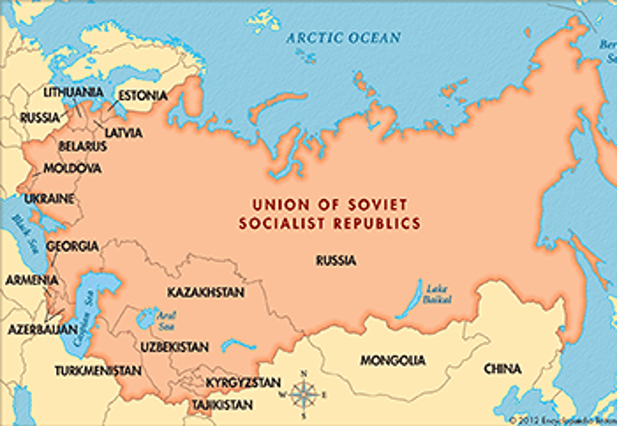 Why is it vital for Russia to restore the USSR Borders?

Russian ships are trailing NATO in the Black Sea, and Putin is threatening to knock the teeth out of foreign aggressors which has given rise to serious disagreements. After the collapse of the Soviet Union, Russia lost the gains of hundreds of years of territorial expansion. The country has crossed the threshold of the millennium licking its wounds and is under threat of further disintegration. Today, the post-Soviet states are facing a familiar unease; many are looking back at the past and cautiously awaiting Moscow's future actions. Faced with a cornered bear, the best strategy is to do nothing to anger it.

Stretched from west to east, Russia is Goliath on the world stage. The country has 20,000 km of common borders with seventeen states, twelve of which were part of the Soviet Union. Having such a long land border seriously complicates security. As early as the 15th century, the Grand Duchy of Moscow was immediately confronted with a geopolitical problem at the dawn of its restoration. Surrounded by enemies on all sides, Russia began to expand its territory and take possession of geographical barriers that could protect it. Be it rivers, lakes, mountains, or seas. In the first century of its existence, the country expanded annually by an area equal to the entire area of Belgium. By the early 18th century, Russia had grown to its present borders. Even today, the country's geography offers significant advantages. The frozen crown of Arctic ice that adorns Russia's territory makes land invasion from the north impossible. Even the most experienced admirals will not be able to approach Murmansk and Arkhangelsk by water, two serious obstacles will stand in their way: the Faro-Icelandic frontier and the Bear Frontier. The first is an open-ocean defense line between Greenland, Iceland and the United Kingdom, and the second is between Spitsbergen and northern Norway.

These narrow passages are easily defended by submarines, of which Russia has plenty. To the east, the rugged coastlines of Siberia adjoin the Bering Strait, the Sea of Okhotsk, and the Sea of Japan. The short distance between Alaska and Russia may seem passable, but the Arctic climate: strong tidal waves and the presence of heavy firepower on both sides limit the movement of armed forces in this area. By controlling the Kamchatka Peninsula and the Kuril Islands, Russia can deter hostile actions in the Sea of Okhotsk and the Sea of Japan. At the same time, the Stanovaya Ridge and the Sayan Mountains strengthen Russia's position in the Far East. The harsh climate further restricts movement even in places where passage is possible. Most of Russia's eastern borders give the country's armed forces an advantage in any conflict, but the situation looks more complicated in the eastern European part of the country.

Central Russia stretches from St. Petersburg to Kazan and Volgograd. About 80 percent of the population lives in this geographic area. Almost every decision the Kremlin makes is based on these people's needs and interests, but the center shares its periphery with six other former Soviet republics: Moldova, Ukraine, Belarus, Lithuania, Estonia and Latvia. Their territories are among the most troubled regions of the world. Two anomalies, the Crimean Peninsula and the exclave of Kaliningrad, are a start. They are both strategic military bases, preventing hostile forces from entering the Black Sea and the Baltic Sea. Both regions house heavy weaponry and assets to prevent access and maneuvering. Other powers have to think twice before approaching Crimea or Kaliningrad. Near the borders of the Russian Federation, the European Plain is more than 2,000 km wide, making it the largest open stretch of landscape in the world. The terrain here is flat, open, and defenseless. The main battle tanks provide some protection on this type of terrain, so Russia has about 13,000 of them-almost a fifth of the world's tank fleet. Still, no amount of weaponry can fully protect 2,000 km of flat terrain. For 750 km east of the Ukrainian border to the city of Astrakhan on the shores of the Caspian Sea there is a continuous hilly landscape called the Volgograd Corridor. The German military attempted to break this line in both world wars. Both times Russia hung on by a thread until the offensive was repelled. The collapse of the Soviet Union put the Baltics in the hands of NATO, which gave the three republics the confidence to negotiate with Russia as equals. The loss of Eastern European possessions took a heavy toll on Moscow, both politically and financially. The country had to fortify its borders with one of the most advanced weapons on the planet. Meanwhile, control of the Baltic would allow Russia to push its border as far as Kaliningrad. Thus, by restoring Soviet borders, Moscow would reduce the length of its unprotected flank to.