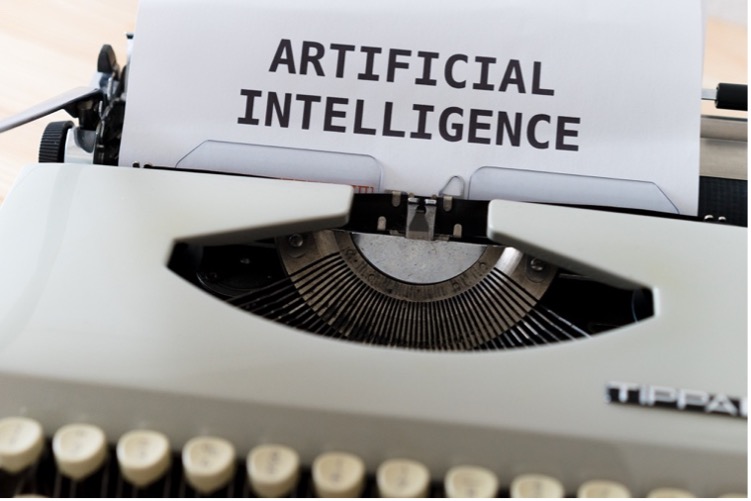 Artificial Intelligence in the World of Art: A Human Rights Dilemma

Artificial Intelligence or “AI” is already being widely used for various purposes whether it be in analysing marketing trends, modern warfare or as of recently: reproducing artwork. Around 2021 and up till now, various articles have been released discussing the issue of AI being developed to reproduce an artist’s style and even recreate new artwork and therefore bringing up ethical issue of whether artists are in danger of losing their copyright claim on their own work. Whilst this issue is very new and one cannot say for sure where this development is going and whether one should be concerned in the first place. This article explains the recent debate and issues that are being addressed while drawing upon classical AI theory from warfare and highlighting possible suggestions.

Artificial intelligence not only in the military realm

“In April this year, the company announced DALL-E 2, which can generate photos, illustrations, and paintings that look like they were produced by human artists. This July OpenAI announced that DALL-E would be made available to anyone to use and said that images could be used for commercial purposes.”

An article by Wired “Algorithms Can Now Mimic Any Artist. Some Artists Hate It,” discusses how an AI called “DALL- E 2” can reproduce an artist’s style and make new photos, digital art and paintings. In theory anyone can use the programme to mimic another artist, or artists can sue it to make new art based on their old work. This of course brings many issues to light such as whether one can put a copyright on an art style (as is also discussed in the article), what exactly one wants to achieve with using AI to recreate more art and how this will be discussed in the future if indeed art work will be stolen. An earlier article by the Los Angeles Times from 2020 “Edison, Morse ... Watson? Artificial intelligence poses test of who’s an inventor,” already addressed this issue by discussing who is exactly the “inventor” when AI can develop for instance computer games and other inventions. It is true that a human being must develop the AI programme however, can that person also then be called the inventor if that said programme develops own ideas and perhaps own artwork? In relation to the general debate, one should consider “The Universal Declaration of Human Rights” Article 27: “Everyone has the right to the protection of the moral and material interests resulting from any scientific, literary or artistic production of which he is the author.”

Some recent debate centres not only around whether it is a question of the “ethics” in artificial intelligence but going one step back to understand the term “intelligence”. Joanna J Bryson writes: “Intelligence is the capacity to do the right thing at the right time. It is the ability to respond to the opportunities and challenges presented by context.”[i] Whilst the authors consider AI in relation to law, they do point out that: “Artificial intelligence only occurs by and with design. Thus, AI is only produced intentionally, for a purpose, by one or more member of the human society.”[ii]  Joanna further discusses that the word artificial means that something has been made by humans and therefore again brings up a key concept in AI of whether the human or the programme is responsible.[iii] When we consider this in relation to human rights issues and ethics, it may be true that AI in the world of art can be produced with a purpose by humans, but it remains the problematic issue of what the purpose is. We need the clear outline of why this AI programme has been made in the art world and for what purpose in order to then be able to answer further questions.

It has been pointed out that one should consider this development as nothing new since AI has been already used in the 1950s and 1960s to generate certain patterns and shapes. It is seen by many as a tool that helps the artists in these areas to work faster and be more precise however, it’s been debated that one should not be worried at all that the AI can replace humans since it lacks the human touch in the first place. This remains to be seen how far the AI can learn and adapt since it is programmed that way. If one should not be concerned by AI replacing human artists, then why is the debate happening in the first place?

The continues need for clearer definitions

It is not only a matter of the AI replicating art, but how we can define whether the system has crossed the line of copyright infringement: “(…) lawsuits claiming infringement are unlikely to succeed, because while a piece of art may be protected by copyright, an artistic style cannot.” This only shows again that one needs to quickly define more clearly what is an “artistic style”, “artwork” in relation to how AI would be even allowed to replicate the style.

One can draw a comparison to AI in warfare with debates concerning following themes: responsibility gap, moral offloading and taking humans out of the loop (discussed by scholars such as Horowitz, Asaro, Krischnan and Schwarz). Keith argues for example that psychological analyses show that we suffer from cognitive bias and that AI (in terms of military defence) will change our decision-making process.[iv]  If we use the example of drone warfare and the campaign “Stop Autonomous Weapons”, it depicts how drones can be used without directly sending humans into battle and shows the system getting out of hand and people distancing themselves from responsibility. Such type of warfare has an impact on the decision-making process, distancing the soldiers and strategists from the battle field. With of course taking into mind that using an AI in the art world does not involve possible casualties, one still can consider how we have a similar distancing from responsibility and moral offloading. It comes back to the recurring issues of who is responsible if an AI system decides by itself which choices to make, how to make them and determine the output. There are no humans involved during the process of making or “replicating” the art pieces however, there was an individual present during the development of the AI – I would like to call it a problematic ethical circle of debate in the art world.

Even though the idea of using AI to copy an art style or artworks altogether is quite new and perhaps even undeveloped, one should consider more strongly certain methods in order to bring a certain control and a managing system into the game. Nick Bostrom for instance discusses what a superintelligence in relation to AI would entail saying that one would need certain incentive methods in order for the AI to learn and adapt to the human society: “Capability control through social integration and balance of power relies upon diffuse social forces rewarding and penalizing the AI. (…) A better alternative might be to combine the incentive method with the use of motivation selection to give the AI a final goal that makes it easier to control.”[v]

It is not only problematic for the art world that an AI is able to copy any artist’s style -it is concerning how much further this development could go in terms of taking an artist’s style and creating an entire new series and diluting therefore the line between where the old and fictional artist lies. As has also already pointed out by others then need for better definitions however it needs to be stressed more strongly: one needs clearer definitions of who is an “artist”, “inventor”, “digital artist” when AI enters the discussion and is apparently here to stay. One needs to make a clear distinction between a human artist and a ‘programme artist (AI)’. Can an artist call himself artist when he or she uses AI to produce art?  All these questions should be discussed further in the near future since it seems to be the case that AI has entered the art realm and will continue to stay playing maybe a larger role in the future perhaps even with the development of the Meta verse.