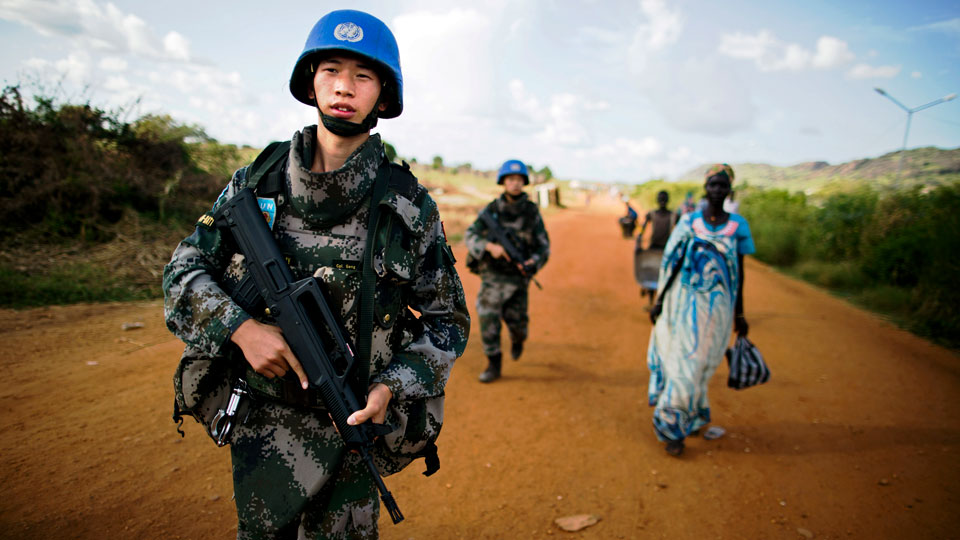 Chinese Presence in Africa: Between Investment and Possible New Militarisation

China and the African continent

China’s influence in Africa is becoming increasingly deep. 2021 saw a bilateral trade between Beijing and the African continent of 254 billion dollars, with a 35% growth compared to the previous year. Given these findings, China is Africa’s largest trading partner for the twelfth consecutive year.

Over the last decade, Beijing has replaced “classical” colonial powers thanks to a new paradigm which privileges trading, infrastructural investments and non-interference in the home affairs of the countries with whom it cooperates. This success can be attributed not only to the fact that China has not been a colonial power, but also to a precise strategy pursued by its government, which is based on specific principles. One of the most important of these is financial support: from 2007 to 2020 Chinese development banks provided more funding than all other foreign financial institutions put together. The second point is the aforementioned neutrality in Africa’s countries home affairs, with no political interference, in contrast to the classical Western multilateral approach. This does not mean that Beijing does not show its soft power, but it prefers a strictly economic type of support, with no assistance, for instance, in the development of new democratic institutions or interventions in African political crises. Another important point is the “raw material for infrastructures” policy, which allows China to pay for African goods (mainly natural resources) by building new strategic onsite facilities (bridges, roads, railways etc.).

Given this strategic approach, African governments see China as a reliable partner and the main interlocutor for their economic development. The recent opposition of several African countries on the condemnation of Russian invasion of Ukraine at the UN General Assembly (17 abstained, following China and India, 8 were absent and 1 vote against), underlines the strong political connection which links the Beijing government and Africa, pushing African leaders to pursue Chinese interests in the international arena. This connection is bilateral but not equal: China, as a global superpower, extends its political influence by leveraging African countries’ debts. In particular, failure on their part to return money granted to them by China for the construction of strategic infrastructure may lead to repossession of that infrastructure by Beijing. Main examples are the Djiboutian port of Doraleh or the Mombasa port, used as collateral for the building of the Mombasa-Nairobi railway.

Chinese military presence in Africa: is this the beginning of a new framework?

As well as stronger financial and political intervention, in the last few years Beijing has intensified its military presence and cooperation. This engagement runs through the UN peacekeeping missions, which see a high presence of Chinese soldiers. This engagement aims to give China the chance to improve the expertise of its soldiers in operational contexts and to establish its presence in the continent.

At the moment, Beijing has a military base in Djibouti operated by the Chinese People's Army Navy (PLAN). The African country is an important hub for the control of worldwide trade: located in the Horn of Africa at the intersection of important shipping routes such as Bab-el-Mandeb and the Aden Gulf, which is the entry point for the Suez Canal, where 30% of global maritime trade takes place. Because of its strategic importance, the country hosts several military bases, notably the US, France, Italy, Spain and Saudi Arabia. The Chinese base hosts 2000 soldiers.

Endorsed by Chinese President Xi Jinping in 2013, the Djibouti base was inaugurated in 2017 and tasked with peacekeeping operations (PKO) and convoy duty. Regardless of the official purpose of the base, its size and the onsite facilities set out its possible role as a starting point for future military expansion in the African continent, with the creation of new bases in other countries. U.S. Gen. Stepen Townsend referred to it, in an interview with The Associated Press: “They have arms and munitions for sure. They have armoured combat vehicles. We think they will soon be basing helicopters there to potentially include attack helicopters.” Moreover, the above-mentioned multipurpose port of Doraleh, built by China and located near the base has been strategically important for it. Again, Chinese military expansion would appear to go hand in hand with the spread of its commerce and investments, following the routes of the “Maritime Silk Road” and taking advantage of facilities built and controlled for cooperation purposes.

It is plausible that Beijing will reproduce the “Djibouti base model” in other African countries, following the same steps and dynamics. In this regard, the recent agreement between Chinese and Tanzanian governments for the extension of the Bagamoyo port (75 km north of Dar es Salaam, Tanzania) could be the first stage of further military expansion. The seaport could give Beijing the chance to reinforce its presence in the region and act as a centre for ship repair. Moreover, a new base in the Indian Ocean could help resolve Chinese dependence on the Malacca Strait.

Between money and weapons: the end of Chinese soft power?

As we’ve seen, recent Chinese expansion in Africa seems to lead to an increasingly strong military presence in the continent. This new framework set up by Beijing, which combines investments, the building of new infrastructure, huge lending and limited political interference in African countries’ home affairs could be the forerunner for further military expansion. In the near future it is possible that China will decide to increase its presence in areas interested by The Belt and Road Initiative, in order to protect its own business through a greater control of the territory.

At the same time, the setting up of new military bases in key locations, especially on Indian Ocean coasts, will allow China to improve the strategic capabilities of its naval forces. It is hard to say if it is the beginning of a stronger approach: as seen, one of the main principles which drives Chinese interventions in Africa is the non-interference in the home affairs of local governments. Moreover, from the African countries point of view, Chinese interest, and new investments onsite, could represent a chance to develop their own economies, modernise their infrastructures and build new strategic facilities. Maybe this framework will not be overturned, but it is clear that Beijing aspires to a deeper and more active presence, underlining the importance of Africa in its global strategy.