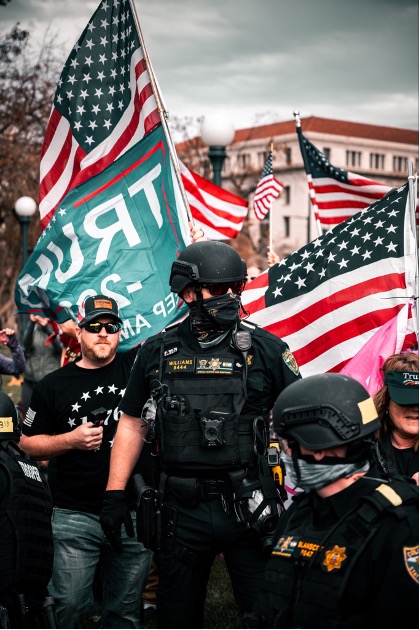 The U.S. Military and Far-Right Extremist Groups: A small scale but underestimated threat

By: Camilla Cormegna and Shams Jouve.

On April 3, 2022, Fox News released an article about the failure of the Pentagon to find evidence proving the military is a hotbed of extremism, reporting less than 100 cases in 2021. The article then presented comments from current and former service members, who all seemed to dismiss the problem as non-existent considering the low number of extremist-affiliated instances and thus not a priority for the Armed Forces, blaming the media for exacerbating the issue. Historically, although policies have been implemented, the US military has struggled to identify and manage radicalised personnel, and this trend seems to continue today. The DoDI 1325.06 was implemented in 2009, listing the prohibited activities in the Armed Forces such as active participation in supremacist, extremist or criminal gang milieus and giving recommendation for preventive measures. In the aftermath of the Capitol attack, the Instruction 1325.06 was reviewed in December 2021, clarifying the definitions of “extremist activities” and “active participation” in an effort to better address the threat of extremists within ranks. However, the policy still presents an important loophole, as membership in extremist groups such as the KKK or white supremacists is still not prohibited, only active participation is limited, failing to account for racism in the ranks and reflecting the bias of the US government.

This article aims to show that the danger of domestic terrorism posed by current and former military personnel with links to far-right extremist groups (FREGs) is often underestimated and discarded as an uninfluential phenomenon by lawmakers and the wider community of defence specialists and academics. However, despite the issue of extremists in the US military may only apply to a handful of individuals, dismissing it as non-existent can make military and law enforcement underestimate the security threat posed by the far-right fringe due to their ability to conduct high-impact events, such as the 2021 Capitol insurrection. This article will explore three aspects: the actual extent of the problem, the security concerns posed by anti-government militias, and the symbiotic relationship between military personnel and FREGs.

Current scope of the issue

The recent global increase of the involvement of the military in far-right groups needs to be highlighted. Indeed, one in five applicants of the white supremacist group Patriot Front belongs, or has belonged to the US military. In 2020, 6.4% of domestic terrorist attacks and plots were committed by US military personnel. This is a dramatic rise in number since 2019, when only 1.5% of domestic terrorist attacks were committed by the same, is alarming. For instance, 20% of the people prosecuted for various crimes committed during the US Capitol attack on 6 January 2021 are members of the US military. Therefore, the downplaying of the issue by the Armed Forces, as relayed by the studied article, is problematic because it does not allow for a common awareness that would lead to the adoption of more effective measures and legislation.

Although the American far-right is ideologically diverse and fragmented, according to the National Security Council the main threat to domestic terrorism comes from anti-government and anti-authority violent extremists. Various data shows that active-duty personnel, veterans, and reservists make up about 25% of active militia groups such as the Proud Boys, the Oath Keepers, and the Three Percenters, groups which have taken part in the incursions of January 6th. Conspiracy theories are at the core of militias’ ideology. They believe the US government is part of a conspiracy to create a new world order, a socialist one-world government which will be the downfall of the white race starting with stripping Americans of their gun ownership. The military is also part of this conspiratorial worldview, and militias legitimise their violence against the government, military, and law enforcement by positioning them as corrupt. One possible contributor to the radicalisation of military personnel could be the socio-political polarisation prevalent in the country and narratives such as the fraud in the election, the Covid pandemic, and Black Lives Matter, which have provided an excuse to ramp up the violence. The combination of narratives and conspiracy theories on the US’s tyrannical government and the increased interest in recruiting military members and veterans suggests an increase in activity of militia and anti-government movements in the next few years. This development is concerning because the law enforcement has a history of underestimating the threat from the far-right dating back to Timothy McVeigh and the 1995 Oklahoma City bombing. Paul Eaton, a retired US army general, believes the US is not keeping up with domestic terrorism, the growing rise of extremism in the US military, and all the “McVeighs” still active today.

The symbiotic relationship between FREGs and military personnel helps understand the domestic security risk posed by them. Historically, far-right groups have always had ties with the US military, starting from the founding members of the KKK, confederate officers and soldiers were, to active-duty soldiers and veterans recruited after the Vietnam war by white power activists. A handful of these individuals has been involved in domestic terrorist attacks and plots, with the attack on Capitol Hill being just the latest incident, with 81 out of 727 charged defendants with ties to the military, 66 veterans, and 5 active-duty service members.

This interconnected relationship is powered by the need for mutual assistance between FREGs and military personnel. Indeed, FREGs direct their propaganda and actively recruit military personnel for their notable abilities and skills, such as their proficiency in firing weapons, training personnel, and conducting surveillance. Meanwhile, FREGs members are seeking access to military training and their recruitment has been facilitated by the relaxation of military recruitment standards due to the War on Terror. Moreover, members or former members of the US military may find refuge in FREGs after a traumatic experience in combat, because these groups operate on a similar structure, and share some cultural aspects with the military.

Right-wing extremism in the US military is an issue of relative size but of considerable importance. Indeed, neither military training nor service are instruments of radicalisation of individuals. Nevertheless, they are subject to a number of factors such as PTSD or return to civilian life that could make them more susceptible to FREGs’ propaganda. Consequently, it is essential to consider military or veteran extremists as a special category and to increase vigilance because of their involvement in institutions dedicated to the protection of the US population. Indeed, their skills for violence and the symbolic value of service members being involved in terrorist groups and acts, as well as the rise in terrorist acts committed by members of the US military, justify the urgency of improving legislation and implementing effective measures.