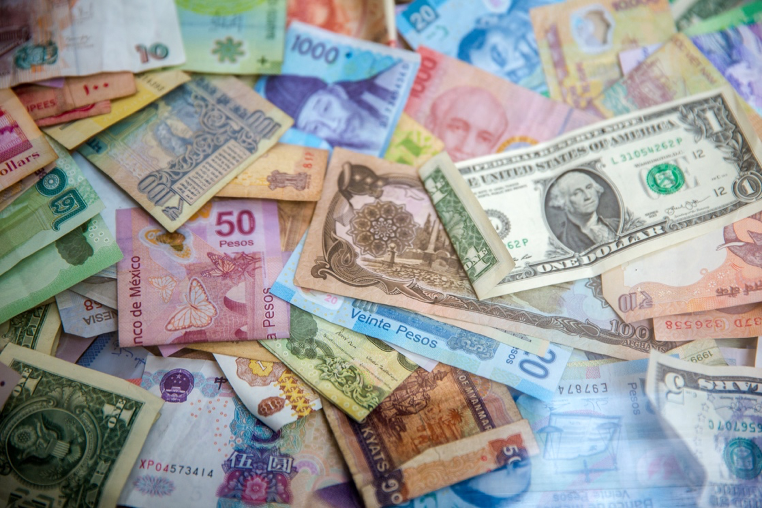 Terrorism financing is vital for a terrorist organisation to operate and carry out terrorist activities, but resources are also spent to provide community services such as welfare, education, public and protection service replacing governments as the main providers. An example of this is demonstrated by Hezbollah, the focus of this analysis, whose social services offered to the Lebanese Shiite population allows it to secure political supports while acquiring a sacred and untouchable status in Lebanon. To sustain its organisational establishment while pursuing ideological and political objectives, Hezbollah is estimated to earn $1 billion annually through various sources.

Hezbollah depends on an array of revenue resources, although the bulk of its funding comes from Iran’s state-sponsorship, which provides around $800 million annually. This external funding comes with drawbacks, as sponsorship undermines group’s autonomy and pressures and sanctions on Iran negatively affect the state’s financing of Hezbollah. Therefore, Hezbollah is forced to innovate and diversify the sources of income to ensure financial sustainability. The group now leverages drug and human trafficking, diamonds smuggling, money laundering, propaganda television, local exactions, and diverting charitable contributions.

The article argues that Hezbollah owes its success to innovation in terrorism financing, making it one the most proficient and technically skilled terrorist groups in the world. Innovation refers to ability of terrorist groups to develop and adopt new financial techniques when pressured by countering terrorist financing strategies. This process can entail different phenomena such as the introduction of new tradeable commodities, new methods of production, new supply sources, and new market opportunities. The article presents Hezbollah’s success by exploring three profitable ventures that demonstrate the group’s ability to exploit lucrative opportunities: their sophisticated money-laundering scheme, the terror-crime nexus and the group’s ties with Venezuela, and the role of the Lebanese diaspora.

Hezbollah runs an extensive network of illicit trade involving cars and drugs to launder money. In 2015 it was reported that Hezbollah purchased used cars in the United States which were then shipped and sold in West Africa while at the same time, drugs were shipped from Colombia to Europe. Both proceeds were sent to Lebanon through Hezbollah controlled money laundering channels and then deposited into the financial system. It is estimated that between 2007 and 2011, Hezbollah, with the help of the Lebanese Canadian Bank (LCB) and exchange houses, laundered $300 million. The LCB case shows the innovative adaption of Hezbollah, as after the 2011 scandal which detected and closed LBC’s money service businesses (MSBs), the terrorist organisation soon replaced MSBs resuming with the money laundering. This caseillustrates how Hezbollah’s facilitators are leveraging global trade and financial institutions to carry out illegal activities and how complex and sophisticated their system is, but it also demonstrates how facilitators among the Lebanese diaspora community are vital in supporting the organisation.  Moreover, counterterrorism financing (CTF) deficiencies and constraints allow Hezbollah to thrive and exploit the cross-border movement of funds. Financial intelligence units’ effectiveness is achieved through information sharing which is geographically circumscribed, and compliance with the Financial Action Task Force (FATF) legislative and regulatory standards is lacking in the Middle East.

The terror-crime nexus with FARC and Venezuela’s role

As the money laundering scheme briefly introduced, Hezbollah has developed its own criminal activities such as the drug trade and it has done so by developing a strategic cooperation with FARC. Although their relationship is not political neither revolutionary but done to guarantee funds and financial independence through the diversification of income sources, the coupling of these organisations allows them to share operational knowledge, making them a “hybrid narc-terrorist network”. Hezbollah’s involvement with FARC and the drug trade was revealed in 2008 through the US and Colombian Operation Titan which dismantled a cocaine smuggling and money laundering ring which profited both organisations.

Hezbollah is also tangled up with the Venezuelan government, which guarantees a safe haven to carry out their operations. Hezbollah’s involvement with Venezuela started in the 1980s, when the organisation started to deepen its association with many Lebanese immigrants in Latin America who fled the civil war. In 2005, the then Iranian and Venezuelan presidents Ahmadinejad and Chavez came together in a series of commercial ties, laying the foundations of their relationship. There is evidence that the Venezuelan government launder Hezbollah’s money while providing them with material support for their activities, but it also employs Hezbollah sympathisers as Ministers generating revenue through the distribution of narcotics. It is the case of the current Minister of Industries and National Production El Aissami of Iraqi-Lebanese descent, involved in the drug trafficking and in the issue of diplomatic passports for Hezbollah facilitators. In this environment characterised by corruption and bribery, Hezbollah continues to thrive because Latin American countries do not recognise Hezbollah as a terrorist organisation, thus failing to enforce CFT frameworks while facilitating illicit financial flows. Moreover, Venezuela is noncompliant with 31 out of the 40 FATF recommendations, demonstrating how the regime has no intention in addressing terrorism concerns.

The role of the Lebanese diaspora

Hezbollah’s presence in international diaspora communities provides the organisation with access to criminal ventures and funds. The diaspora is comprised of Lebanese emigrated mainly to Europe, Latin America, North America, and West Africa between 1975 and 1990. Hezbollah acquired financial support from the diaspora through its commitment to the fight against Israel and the West and it translated the support into an array of financial sources as well as financiers and facilitators. A cultural practice embedded within the diaspora is the sending of remittances to Lebanon and to Hezbollah, considering its legitimate status among Shia at home, as a method of support. However, third-party funding is risky for terrorist organisations, as donors may lose interest in the cause or law enforcement activity can lead to a decline in donations. In West Africa, the Lebanese diaspora is heavily involved in the diamond trade, as diamonds are a source of donation and as an informal tax to support the organisation back home. In Venezuela, Hezbollah-tied family clansparticipate in the local drug trade and money laundering, operating with protection from the regime. In Europe, Hezbollah raises money through charities which is legal in European countries because Hezbollah is not listed as a terrorist organisation, only its military wing is banned, allowing the group to raise money and collect donations for Hezbollah-tied associations. A terrorism designation would freeze al funds, financial assets, and economic resources of the group and would be a powerful CTF approach given the group’s vast network.

The case of Hezbollah is emblematic of innovation in terrorist financing because to achieve financial independence and to anticipate CTF approaches the group has evolved and diversified its sources of funding. This, in turn, has allowed the organisation to become one of the most technically capable and proficient terrorist groups in the world. With the advancement of technology, will the group continue to innovate its income sources by developing fund-raising schemes using cryptocurrencies? Maybe. Hezbollah has already received some cryptocurrency funding through the Iranian government, and in 2018 it was reported to have used crypto to fund part of its operations. Cryptocurrencies offer anonymity and may be used to diversify even more its portfolio, but because their supply is not flexible and their price can be controlled, terrorist organisations have so far shown reluctance to use them. Moreover, as long as the traditional financing methods are stable and not hampered by CTF efforts, the possibility of financing through cryptocurrency will not increase.