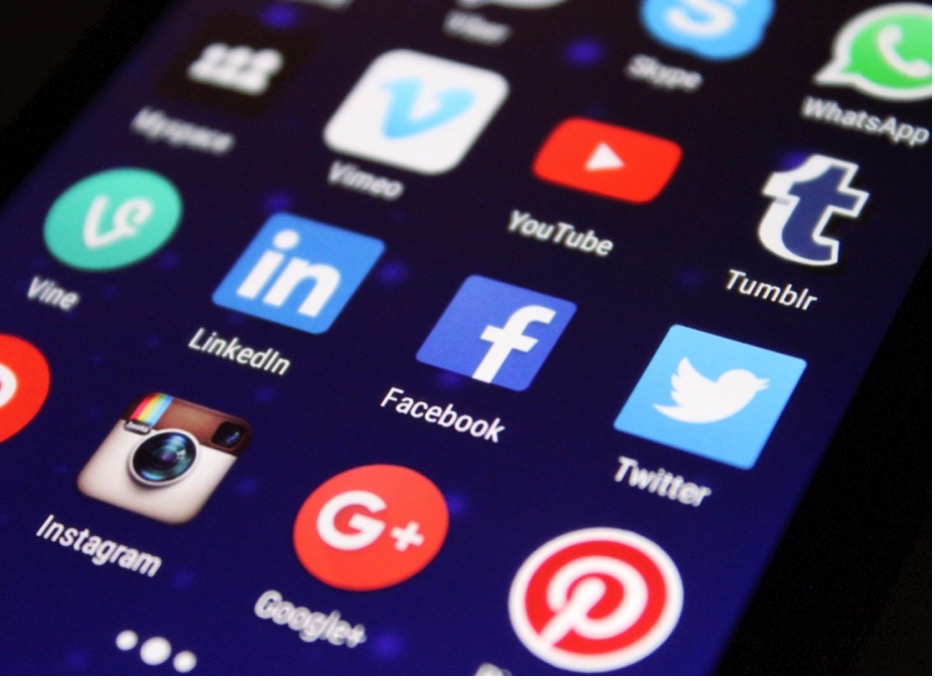 Misogynistic influencers and the dark side of social media: The fine line between hate speech and free speech

Developments in the digital communication have changed human interactions and influencers are at the forefront of this advancement, leveraging on social media outlets to spread information and influence behaviours and opinions. Because of their large following, influencers are considered credible and trustworthy digital opinion leaders. However, some influencers can disseminate deceitfully subversive and powerful narratives to promote an alternative to mainstream views, convey a message and generate revenue from their content. Sometimes, this may result in the dissemination of extremist beliefs and conspiracy theories, a worrying issue when it is advertised by influencers with a large following thus able to attract engagement. By analysing the recent scandal of Andrew Tate, this article argues that the promotion of extremist online messages by influencers can pose a serious harm to society, making misogynistic attitudes and toxic masculinity traits mainstream while leveraging on young men’s identity crises. At the same time, the content moderation practice of deplatforming reopens the debate between free speech and hate speech and how far social media companies (SMC) should go to allow free speech while also being accountable for making extremist content go viral.

Andrew Tate, a self-described misogynist and hypermasculine kickboxer, has gone viral this year over his misogynist comments, reaching 11 billion views on TikTok and 8 million followers on Instagram and Twitter combined. Tate has a long history of misogyny, both online and offline, starting in 2016 when he was kicked out from the Big Brother following a video of him hitting a woman. His content is centred on dispensing self-motivating tips for aspiring alpha males– posing with fast cars, guns, and smoking cigars- while denigrating women. Allegations of abuse, rape, and human trafficking have accompanied statements blaming women for being raped, portraying them as deceitful and lazy if suffering from mental illnesses.

By showing ‘a woman her place’, teaching men their value is from wealth and being womanisers, Tate’s content furthers an agenda underpinned by misogyny, heteropatriarchy and hegemonic masculinity.  Misogyny has been defined as a system put in place “within a patriarchal social order to police and enforce women’s subordination to uphold male dominance”. Misogynistic ideology is rooted in male dominance and in a return to a patriarchal social order where women’s subordination is essential to maintain society’s hierarchy and men’s empowerment. Above all, misogyny is part of gender inequalities and structural discriminations against women that have always permeated society and that are now amplified and exploited by the online world. The reasons for showing misogynistic instances online are the same reasons underpinning harassment and anti-women sentiment in the offline world.

Tate’s content is highly concerning because his following is mainly comprised of young men and teenagers and there is the risk of exacerbating misogyny and encouraging gendered hate and violence both online and offline. By framing men as suffering economically and socially, blaming feminism for their condition, Tate employs a narrative and conspiracy theories often used by extremists and he emerges as a hypermasculine hero. Tate is not the only one to voice men’s victimisation online. Many believe that the ‘gynocentric dictatorship’ of feminism, gender equality, and women’s empowerment is responsible for men’s emasculation in the public and private life. The white men’s struggle is often based on society’s changes and their consequences such as unemployment, civil liberation, immigration. As a response, some men display hegemonic masculinity features such as power and dominance to reinforce gender norms established on a hierarchy in which women are belittled and equal rights are scrapped. Some may even turn to violence to make women comply with cisheteropatriarchal standards and to avenge their frustration with the current social order. Therefore, by combining misogyny with conspiracy theories to justify hate and violence over women, Tate’s content could be a gateway to other extreme ideologies. In turn, misogyny can also be the driver of and warning sign for violent extremist acts, as well as the starting point for the hatred of other categories such as racism and homophobia.

Tate’s misogyny, the portrayal of women as deceitful and his comments associating the #MeToo issue to a societal threat put him close to the alt-right worldview of the manosphere, a heterogeneous group of online misogynistic communities worried about oppressed masculinity and misandry. These online spaces started as a place for men to express their grievance about everyday issues such as sexual or domestic abuse, but the new communities have become more toxic and misogynist, using a sexually explicit, racist, and violent language. Manosphere communities play on the masculinity crisis to promote toxic and hegemonic conceptions of masculinity, sharing the belief that all women are a threat and rejecting the inclusive approach of masculinity, or an anti-feminist stance, fighting against feminism progress and anti-rape policies. By giving voice to men’s aggrieved entitlement about their lost social status and by offering young men hypermasculine alternatives, Tate’s message is a call to restore and reassert a lost masculinity over women. Worryingly, younger audiences, disaffected and unsatisfied with their livers, are flocking the manosphere in search for belonging and Tate becomes a hero for his self-help advice.

Tate is only an example of how the dissemination of extremist and vitriolic online comments by influencers with a large following can pose a threat to society, but it also raises concerns about regulating hate speech. Tate has been banned from social media, as his content has broken platforms’ rules for appropriate behaviour. Deplatforming is an extreme step that raises ethical and legal concerns, but research has shown that it reduces the spread of offensive ideas and the impact the influencers have on the platform, thus improving the quality on the social media. However, deplatforming does not eliminate all misogynist or anti-Semitic rhetoric from the internet, it only addresses one individual by removing the spotlight from them. Instead, it produces a migration of users to other less regulated platforms which promise not to suppress any type of political rhetoric or views. The Streisand effect of banning profiles – increased publicity over a censored information- must also be considered when examining the role of deplatforming in limiting extremist content.

More importantly, this practice could also make people like Tate a martyr, with his followers accusing cancel culture and violation of free speech and reigniting the debate between free speech, hate speech and SMC. The controversy first emerged in January 2021, when Trump’s account was suspended from social media. Many Republicans accused SMC of censorship and expressed suspicion about the arbitrary power of social media against free speech while others supported the decisions to hold hate speech accountable. Free speech is a double-edged sword, as it encourages people to freely express their opinions, but it can also be exploited to spread hate and misinformation, thus requiring drawing a line between freedom of expression and hate speech. While SMC state they are not actively censoring political views, they have discretionary powers in the US when it comes to free speech because of Section 230 of the Communication Decency Act 1996, which prevents them from being liable about their users’ content. Section 230, however, causes dispute among conservative policymakers for censoring political opinions while Democrats call for platform accountability when it comes to misinformation and child abuse. Moreover, banning and censorship by social media platforms perpetuates cancel culture, a threat to pluralism and discursive democracy which, according to critics, violates the First Amendment’s freedom of speech. Opposers believe Big Techs should not have the discretion of deciding how to regulate free speech but SMC are private companies and thus not regulated by the First Amendment. At the same time, difficulties in addressing hate speech concern its lack of an internationally accepted definition, as hate is a vague term and even SMC’s CEO such as Zuckerberg struggle to define it. To curb hate speech, SMC have adopted several moderation practices, but they may result in inconsistencies and double standards, as Kanye West is banned for anti-Semitism, but the Iranian government’s Twitter account is still running.

At the same time, social media platforms share the blame in promoting extremist content because of their algorithms and they need to take accountability. This is how Tate’s content went viral, as TikTok reacted too late to limit his content - although it was clearly breaking the platform’s rule- allowing him to become mainstream. Other far-right and alt-right influencers are taking advantage of this loophole to promote their content and grow audience, as the recommender system prioritises extreme content because it is always associated with higher engagement, creating radicalisation pathways. TheYouTube algorithm is believed to recommend extreme content to those who already consume materials belonging to fringe ideologies, but it is also a gateway for teenagers who cannot distinguish between mainstream and fringe content, as they use the platform daily. YouTube and other platforms monetise on everyone’s content regardless of their nature and beliefs, allowing for extremist content to thrive, generate revenue, and possibly contribute to the radicalisation of young people.

Andrew Tate is an example of how social media platforms are leveraged to promote hateful content. Online misogyny is a reflection of the gender inequalities of society, and the hatred towards women has managed to become amplificated thanks to online misogynistic communities. The risk of mainstreaming anti-feminist stances is worrying, especially when figures like Tate can represent a hypermasculine hero to young and disillusioned youth. There is a fine line between hate speech and free speech and SMC are caught in a difficult situation: they want to create a safe space for users but also uphold free speech. Hate speech needs to be better defined legally to respect freedom of expression to allow a correct policing that does not results in censorship. At the same time, SMC appear to be reluctant to deplatform sources of hate because they are a lucrative business. Still, they must create a review system that allows a proper regulation of free speech although now, legally, they are not forced to do anything.