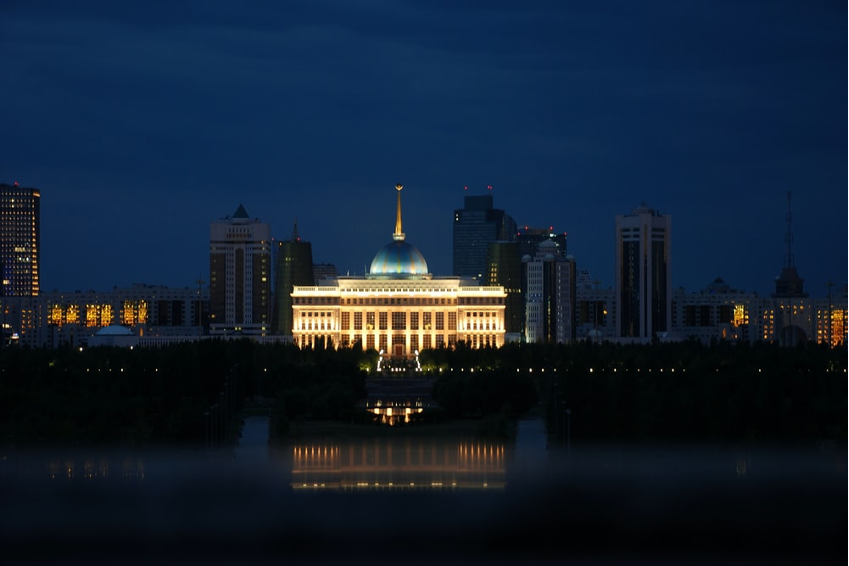 Fuel Price Spike in Kazakhstan: Straw that broke the camel’s back?

Holiday seasons often trigger unexpected crises, as the last two years proved: after the 2020 pandemic, a new global threat is on the rise - a global energy crisis. This new emergency is so severe that even Kazakhstan, the biggest central Asian country and one of the major producers of fossil fuels, was unable to escape it. At the beginning of January, the price per liter for liquified petroleum gas (LPG) more than doubled, increasing from 50 to 120 Tenges (about $0.27), and violent protests exploded in the country. LPG is mainly used for vehicles, but even for cooking and warming up during the severe Kazakh winter, making it a primary necessity. Energetic scarcity then fostered the explosion of violent protests all over Kazakhstan. Resulting in the death of 225 people, these demonstrations are unprecedented. The outbreak took place in Zhanaozen, in the southwest of the country, known as the capital of oil and gas, and spread all over the country in a few days. Peaceful demonstrations soon escalated into violent aggressions such as dangerous attacks on government buildings and clashes against police officers. However, rising energy prices are only the tip of the iceberg.

The Roots of the Protests

The country can attract millions of dollars of foreign investment due to its apparent political stability. Nevertheless, this political stability has been characterized by an authoritarian government led for three decades by Nazarbayev, eventually substituted by the current Kazakh President Kassym-Jomart Tokayev, by most regarded as his hand-picked successor. The relationship between them is confirmed by the fact that the latter appointed the former president as Head of the Security Council, and declared him Yelbasy, i.e., “the Father of the Nation.” This lack of democracy, combined with the over-rising income inequality due to a drop of GNI and further worsened by the pandemic, explains the protests’ origins. As of now, a quarter of the central Asian republic’s population is considered chronically poor.

This is ironic since, as a significant oil and gas producer, Kazakhstan produces much more LPG than its less than 19 million inhabitants can consume. However, existing domestic energy companies prefer to export it rather than sell it to the domestic market. Accordingly, the country’s authorities have tried to increase the supply of LPG through purchases from Russian companies, which sell it at prices 3-8 times higher than the domestic ones. Moreover, these gas supply contracts with the Russian companies are undisclosed and untransparent, thus encouraging corruption and the enrichment of the Kazakh and Russian elites.

All in all, given the growing anti-Nazarbayev sentiment, it is understandable why the song “Old man, go away!” soon spread among the protestors. Even the bold concessions given by Mr. Tokayev, such as the removal of his predecessor from his place as Head of the Security Council and the acceptance of the government’s resignation, substituting it with an ad-interim administration, has not proved to be sufficient to calm down the protestors. Moreover, the absence of pluralism and the intolerance of opposition in the political life of Kazakhstan prevents protestors from finding representation on an institutional level. This lack of opposition allows Mr. Tokayev to blame, although without evidence, “foreign-trained terrorist gangs” for the protests to justify a punitive response; notwithstanding, while the use of force may crush protests, it can only amplify the underlying anger.

Punitive responses immediately occurred: from the shutdown of the internet to the president’s public declaration addressing the special forces to “fire without warning”, as reported by BBC news. This declaration triggered the critics of the international community, from the US Secretary of State Antony Blinken to the chairman in office of the Organization for Security and Co-operation in Europe (OSCE), the Polish lawyer Zbigniew Rau. Overwhelmed by demonstrators, President Tokayev, following the soviet style of dealing with civil unrest, made a formal request for assistance to the Russian-led Collective Security Treaty Organization (CSTO), a military alliance headquartered in Moscow.

The peacekeeping mission was speedily approved. Alongside Russia, even Armenia, Belarus, Kyrgyzstan, and Tajikistan sent contingents to Kazakhstan for a total of almost 3000 soldiers. The mission has been defined by Andrei Kortunov, head of the Russian International Affairs Council (RIAC), a Kremlin-linked think tank, as “less an armed intervention than a police operation.” As it is common knowledge, it is always risky to welcome home foreign troops, especially considering the assertive policy perpetrated by Russia on the European side. Nevertheless, the paratroopers made their way back as soon as the order was re-established. Still, it is essential to highlight the significance of this intervention for the future of international relations in Asia, considering the growing influence of China and its resulting possible conflict of interest with Russia.

The intervention of the CSTO led to a stabilization of the protests, at least for the moment. Moreover, according to The Guardian, Mr. Tokayev said that the ad interim government would re-introduce a price cap of 50 tenges per liter on LPG in Mangistau province, considering that it is a socially necessary consumer good. In addition, it is essential to bear in mind that it is likely that this crisis will have consequences in the context of future relations between Russia and Kazakhstan. The intervention of Russia might undermine the hard-won independence of the central Asian republic. However, we will have to wait to see the long-term effects of these events on the power dynamics of Central Asia. One thing remains certain: this region is crucial now more than ever. Indeed, as Alexander Cooley indicated, this region, which used to be disputed between Russia and the UK, is now at the center of a new “great game” - a power contest that sees the US, Russia, and China involved.