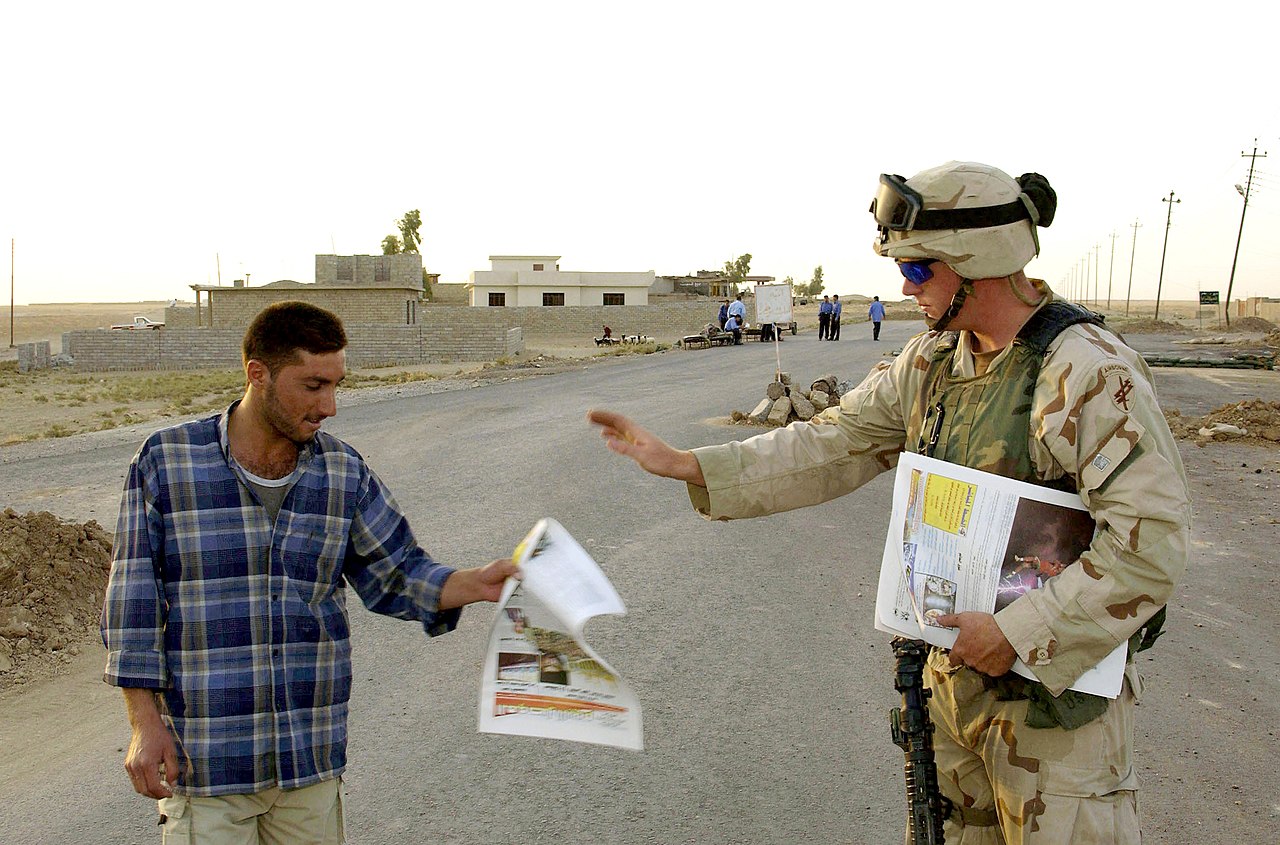 Psychological Warfare in a Changing World

“Supreme excellence consists in breaking the enemy’s resistance without fighting”. This sentence of Sun Tzu well summarizes the meaning of Psychological warfare.  Psychological Operations (PSYOPS) includes all the psychological techniques to influence the behaviour, emotions and reasons of the target (governments, armies, companies, etc..) to affect its results. Three types of PSYOPs are distinguishable: Tactical, Operational and Strategic. While the Tactical PSYOPS are used during a conflict, the Operational ones are used also prior and after a military operation, to assist the commander’s plans.

At the same time, Strategic PSYOPS comprehend all activities a government can pursue to influence foreign attitude, perceptions and behaviour. In other words, PSYOPS are essentially conceived as in support of other operations, trying to maximize the profits with the least effort possible. Many communication tools are used in PSYOPS, from leaflets to social networks. Therefore, efficient communications and practical messages are essential for the outcomes of the operations. Although Psychological warfare was used since ancient times, it became more effective when communication allowed a constant persuasion of the enemy or its civilian population.

Not surprisingly, the first PSYOPS occurred during WWII through radio stations. Axis forces and Allies created specific programs broadcasted regularly on FM and AM frequencies to discourage enemy’s population and send fake news. Some of these operations were effective. For example, Radio London, a BBC program, successfully sent messages to the Italian Resistance in occupied Italy. After WWII, PSYOPS began to be extensively used. In Korea, a special division of the US Command was created to convince soldiers to lay down their weapons and prevent South Koreans from supporting the enemy. PSYOPS operations worked closely with Marines in the First Gulf War, achieving significant results. For instance, the 9th PSYOP Battalion facilitated the surrender of 1.405 Iraqi troopsbesieged on an island, just sending helicopters with aerial loudspeakers.

Since the end of the Cold War, Psychological warfare has changed dramatically. PSYOPS have become instruments of NATO. According to the Allied Joint Doctrine for Psychological Operations (NATO PSYOPS), they are considered as: “Planned psychological activities using methods of communications and other means directed to approved audiences in order to influence perceptions, attitudes and behaviour, affecting the achievement of political and military objectives”. This is a definition that fits better with the current status of the PSYOPS, and it was developed during “the war on terror”,where coordination with US allies was fundamental. Nowadays, the borders among tactical, operational and strategic PSYOPS are blurring due to the global scale and the simultaneous nature of the information. Moreover, in the current high-intensity warfare scenarios, Tactical PSYOPS are more dangerous than Strategic and Operational ones due to more precise guided weapons. A solution to the drawbacks of Tactical PSYOPS is coming from technology. For example, in the war in Ukraine, leaflets have been replaced by SMS text messages and audio ones, using Orlan-10 drones like jammers to spread information directly on the cellphones of Ukrainian soldiers.

In the battle to conquer the “hearts and minds”, both the United States and the Russian Federation had developed a proper doctrine for psyops. In the U.S doctrine psychological operations are a peculiar type of Information Operations, which represent the integrated employment of Information-related capabilities in concert with other lines of operation to influence, disrupt, corrupt, or usurp the decision making of adversaries and potential adversaries while protecting their own. These Information-related capabilities can be carried on as military information support operations, cyberspace operations, electronic warfare, military deception, civil military operation and even public affairs. In this framework the U.S. doctrine states that psyops are driven primarily in the effort of influencing foreign target audiences through the development of massages and devise actions in order to change those groups’ attitude and behaviors.

Psychological operations are therefore carried on as military information support operations that can also degrade the enemy’s combat power, reduce civilian interference, minimize collateral damage, and increase the population’s support for operations. The key aspect of U.S. doctrine is represented by the dissemination of persuasive messages based on true information. False information is considered a double-edge weapon and risks being counter-productive to the long-term credibility and success of psychological operations.

The Russian doctrine instead adopts a different approach: they do not consider a liability the use of false information and have also developed a military doctrine that prescribes the implementation of psyops even in times of peace. Based upon the Soviet tradition of psychological operations, the so-called spetspropaganda, the Russian doctrine has developed the so-called “new generation warfare”. It is centered around the idea that current menances to the Russian Federation come from the “information sphere” and call for the strengthening of Russian capabilities in psychological operations. As in the Soviet time, the two pillars of Information warfare are reflexive control and active measures. Reflexive controlis the manipulation of the decision making process of the enemy by altering key factors in the adversary’s perception of the world and causing him to choose the actions most advantageous to Russian objectives. Active measures are all kinds of operations that aim to influence, undermine, disrupt and discredit targeted countries, their institutions and non governmental organizations.

Moreover, the Russian doctrine considers information warfare a crucial element of modern warfare, therefore they have promoted different types of psyops. This explains why Russian information warfare and political warfare clearly overlaps, and despite the prominence of non military actors such as the SVR and the FSB in political warfare, deceit and propaganda, the GRU, the military secret service, is also a major player in the Kremlin strategy to pursue hybrid warfare. One of the most paradigmatic ways in which Russian forces organize psyops is the troll farm, through which they exploit social media algorithms and key demographics that can be vulnerable to their propaganda, in order to obtain a cheap way to carry on these kinds of operations.