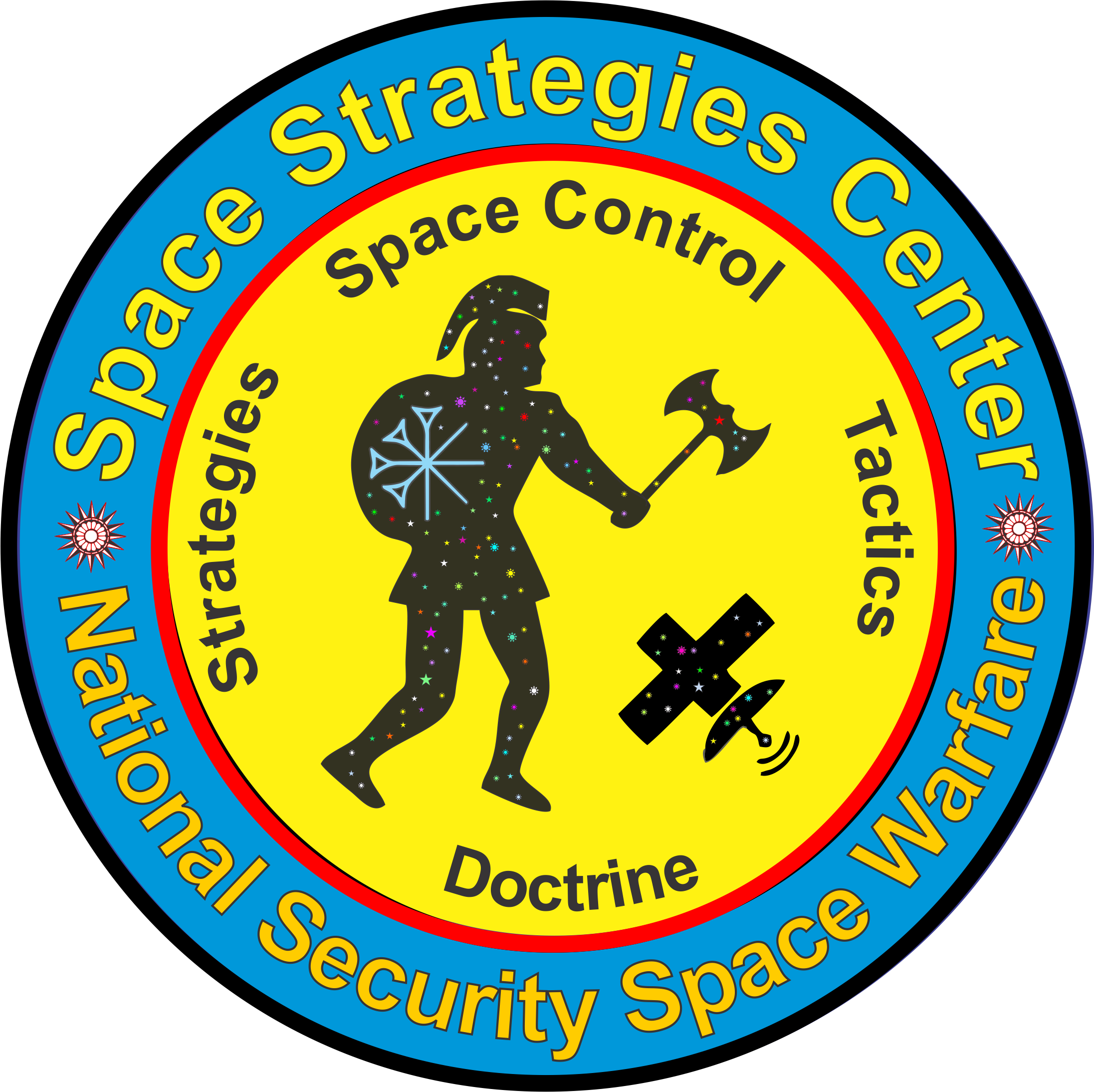 State Supremacy: Can it be Achieved?

This blog article is written following an indepth interview with Paul S. Szymanski who has a 49 year experience conducting military operations research analyses for the United States Air Force and Space Force, Navy, Army and Marines. These include outer space program analysis, management, and development of space warfare theory, policy, doctrine, strategies, tactics and techniques. He has worked with the Air Staff at the Pentagon (Secretary of the Air Force), the Space and Missiles Systems Center (Now SSC) in Los Angeles, and the Air Force Research Labs (AFRL) in Albuquerque, New Mexico, along with experience in operational field testing of missile systems at China Lake, California. He is the author of several publications. This blog article in the first in a three-part series of content extracted from an interview with Mr. Szymanski.

Space superiority debate borrows from postulates of sea (maritime) and air superiority but vastness, obscurity, and complexity of space making it near impossible for any country to achieve space supremacy.

The vastness of space could be understood by a simple thought-experiment: imagine taking a basketball and hiding it somewhere on Earth, and then challenging someone to find it. To further elaborate, Earth’s oceans contain 329 million cubic miles of water, both on and below the surface, the volume of space between the Earth and the Moon is 4.81097E+16 cubic miles. Therefore, to achieve space supremacy, a country has to “control” 146,230,091 times the volume of the Earth’s oceans; a near impossible task for this century.

Similarly, the notion that since there is no geographic feature in space, satellites cannot hide from Earth or space-based sensor networks is false. Satellites are “lost” all the time; often space objects are classified as ‘analyst objects’, simply because their characteristics and ownership is not known. This is a challenge when identifying targets for space weapons systems. How can a country be sure it has identified the correct asset? How can certainty that a potential satellite is really a threat be achieved?

Lastly, space is complex with multitude of space systems of interest to military targeteers. This adds to the complexity because possible adversarial attacks could be terrestrial-based, space-based, cyber or physical attacks, etc. and must be accounted for.

Beyond the basic characteristics of space that may create obstacles for outer space warfare, are other more complex issues of lawfare and defence. Whilst treaties exist to limit outer space weapons, the vastness and obscurity of space makes implementation of these treaties very difficult. This is because very few countries have space surveillance sensors – which fall short of the ability to adequately identify satellites, their capabilities and make up in an environment where they are rapidly moving and spinning. Furthermore, to verify a space treaty the United Nations would have to possess an extensive world-wide network of sensors, which would be very expensive to build and maintain, and would ultimately be imperfect anyway.

Outer space wars are likely to be very rapid and could conclude in 24-48 hours before a country can realise who attacked, for what intent and how to best defend. Any actual "fighting" can only occur with assets in the immediate area, because the ability to make large manoeuvres in space takes a lot of fuel and a lot of time. More than likely, an ally's space assets will be in places around the Earth that are far removed from the immediate conflict. Also, Rules of Engagement will be different, due to differing value systems. In Europe, causing human deaths to preserve equipment is not allowed, whereas in the US, it is different. For examples would Europeans allow bombs on a manned Earth station controlling an adversary space weapon?

In conclusion, perhaps space supremacy might be achievable in in a specific orbital regime and a specific, limited time. However, hypervelocity attacks can come from any other orbit in a rapid manner and upset this ‘superiority’. But it is important to consider this: Satellites are worthless if they cannot communicate back to Earth to receive controlling instructions or download their data. If a country can cut off most, if not all, communications to a country’s space systems, then maybe they have achieved space supremacy. This denial of space communications would not only have to be effective within the country’s boundaries, but for other satellite control sites around the world that this country may employ, or for friendly satellite tracking ships on the world’s oceans. 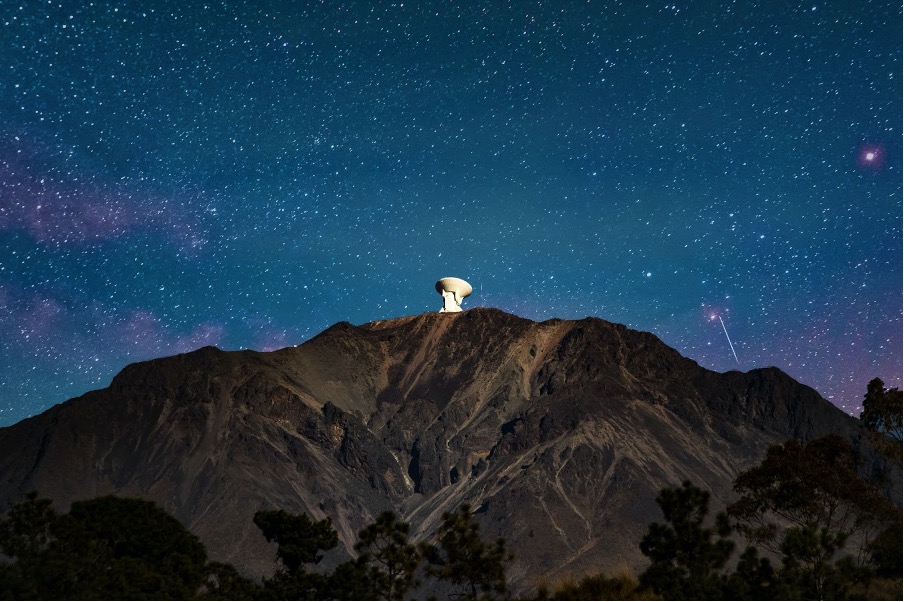 Securing Communications: what to expect from IRISS (Infrastructure for Resilience Interconnectivity Security by Satellite)

The challenges of secure communications today and the launch of IRISS

Secure communications and connectivity are today more important than ever. Ensuring a safe, fast and reliable channel for such strategic activities is not just a matter of digital transformation and competitive advantage, it is a matter of establishing one’s autonomy in a world where space power has become a critical component of international politics. On October 13th, the European Union took a significant step forward in order to achieve such autonomy. That is, the adoption of the report on the secure connectivity programme for 2023-2027, also known as Infrastructure for Resilience Interconnectivy Security by Satellite (IRISS). The aim of the program is to detach from third-country dependencies on infrastructure by securing the Union’s communications and to provide high-speed broadband connectivity to areas that are now considered “dead-zones”. Such goals will be met thanks to the nature of IRISS. That is, a multi-orbit constellation capable of creating synergies with the already existing satellites Galileo and Copernico. The constellation will be situated in Low-Earth Orbit (LEO), the closest feasible latitude to the planet's surface spanning from 300 to 1600 km, ensuring rapid broadband connectivity.  That means, data will flow faster from terminals on the ground to satellites in orbit and back.

While the necessity to establish the EU’s position in the space realm is certainly a strategic priority, the recent happenings of the war in Ukraine have highlighted some structural fragilities and vacuums which ultimately called for a concrete push in securing the Union’s communications.

War in Ukraine and satellite security

The Ukraine war has shown how a solid cyber strategy that includes satellites is vital also in face of war. In May, BBC News and other outlets reported of Russia hacking the Ukraine satellite communication KA-SAT system which was also attributed by the European Council to Russia in May 2022 in this statement. This attack had an impact on the communications as well as the government and the military. At the beginning of the war, there was also significant concerns by analysts whether Russia would launch several cyber attacks against satellites and communications systems in Ukraine and the West. As a reaction to this cyber attack on Ukraine, the European Space Policy Institute has released a report, to analyze said cyber attack on KA-SAT and how space cyber security plays a role for the war in Ukraine. An interesting take from the report is, that there also seems to be a question around which countries and which company are exactly responsible for the security of the communications system in another country: “The attack did not target the KA-SAT satellite itself, but one single “consumer-oriented partition of the KA-SAT network”, which is owned by the U.S. company Viasat but operated by Eutelsat’s subsidiary Skylogic. This raises questions on the responsibilities and liabilities of each company for ensuring proper cybersecurity.” This would be one significant challenge when it comes to developing new frameworks for the launch of constellations to ensure better connections between countries in terms of space security. This is also similarly discussed by academics such as Johann Eriksson and Giampiero Giacomello calling the consequence of technologies at the crossroad of outer space and cyberspace “fragmentation” - meaning that governance becomes increasingly difficult since “The growth of states with space program has gone from the original 2 to around 70 today, and the simultaneous growth of private corporations (and NGOs) in space contributes to an increasingly fragmented field of stakeholders.”

Furthermore, the US and other countries have been supporting Ukraine during the war with not only physical military equipment but also funds and technological development to keep the communications system intact. This support is part of the Ukraine Security Assistance Initiative (USAI) and shows how space and cyber are an integral part of the war. Ukraine has also been using AI during this war which was already analyzed by our members in another blog article which can be read here. Therefore, we can grasp why the EU is working on launching its sovereign constellation.

Now let’s get down to the nitty gritty of the matter. IRISS focuses on several goals which range from strategic positioning, creation of synergies and environmental concerns. More specifically, we can expect these objectives from the deployment of the constellation:

Moreover, as a spillover effect of the new communication system the EU will have the capability to reinforce its stance in cyberspace. The EU's new "status" will enable for the seamless operation of key infrastructure and the continuous cooperation of citizens and public agencies in the event of emergencies and disasters. Furthermore, it would serve as a backup infrastructure for terrestrial networks as well as a stable infrastructure for places that are currently disconnected but may need communication in the event of crises and catastrophes.

Additionally, satellite communication, integrated with the data-imagery service of Copernicus,  would improve early-warning systems by monitoring the environment and delivering the latest data to public authorities, allowing them to respond rapidly to environmental hazards such as floods, earthquakes, tsunamis, or radioactive releases.

Therefore, several opportunities will arise for the EU following the constitution of an operational European Constellation. The new space infrastructure would be a significant step forward for the EU on its journey to digital sovereignty, as it would allow the EU to flow in outer space data and information that are considered sensitive and strategic for its autonomy. As a result, such data will be secured from unlawful third-party access, as may occur under extraterritorial law such as the US Cloud Act. In addition, the new constellation could be used as a ‘geopolitical tool’, offering fast broadband internet connection to neighboring countries, such as north africa, where internet access lacks. Indeed, of the 2.9 billion unconnected people the 96% reside in developing countries.

In conclusion, IRISS holds an enormous potential in different areas, however, it is not free of challenges that must be addressed as quickly as possible. Indeed, a fine balance between public private and partnership in the construction of the constellation should be institutionalized, as well as shedding light on who should be responsible for the security and functioning of the constellation. Moreover, the EU will have to develop an attentive Space Traffic Management strategy to ensure a safe, secure and sustainable use of Space. Furthermore, how should AI be regulated in the constellation and, more broadly, in outer space? How much autonomy should a space object be granted? In particular, experts suggest that appropriate frameworks to offer legal certainty should be developed in the near future to offer appropriate guidelines on the use of AI and new technologies in outer space, such as to ensure coordination among satellites to avoid collisions or assessing an appropriate fair balance of Human-Robot Interaction for in-orbit services.

The initial phase of IRISS development is critical for the time being to foster public debate about the relevance that the new constellation will detain and its future benefits and challenges. Indeed, in the upcoming years space will be a significant playground for the European Union as its digital sovereignty and autonomy will be put at test in front of issues related to both infrastructure dependency and strategic advantage.