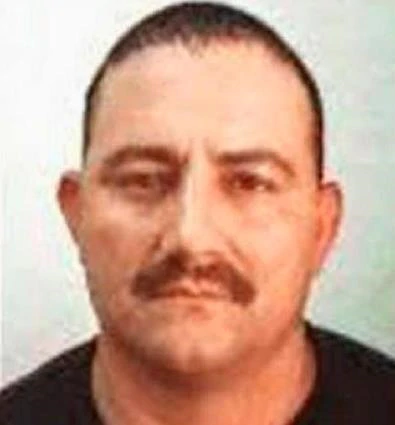 On October 23rd, the Colombian special forces arrested Dairo Antonio Usuga David, alias “Otoniel”, leader of the Urabeños drug cartel and paramilitary group, who had been on the run since 2011. The operation, carried out by a special team codenamed “El Blanco”, was initiated in early October, when the Colombian intelligence identified Usaga in the Uraba sub-region of Antioquia, north-western Colombia, not far from the Panamanian border. The fugitive was identified through the surveillance of cartel members who were carrying medical material for the treatment of a kidney disease that Usaga was known to suffer from. The special forces surrounded him in a remote mountainous area, while helicopters and drones flew over, and Navy ships were stationed off the coast to prevent a potential escape by sea.

In mid-April, Usaga had been spotted and photographed while onboard a longboat traveling between the Verde and Esmeralda rivers in the Paramillo area. The fugitive was accompanied by two armed men and a dog. That was the last time the cartel leader was photographed before his recent capture. In 2017 the US Department of State offered a $5 million reward for information leading to his arrest and, in 2017, Colombian police dropped flyers from helicopters offering a $5 million reward for information leading to his capture, but without any positive outcome. Between the end of 2020 and early 202, Colombian authorities intensified their efforts to capture Usuga, following an increase in levels of cocaine production.

The Urabeños, also known as the Gulf Clan (Clan del Golfo), take their name from Uraba, the already cited north-western region of Colombia, which is extremely important for drug cartels as it offers direct access to the Caribbean and Pacific coasts from the departments of Antioquia and Chocó. The group’s origins can be traced back to the far-right paramilitary force Autodefensas Unidas de Colombia-AUC (United Self-Defense Forces of Colombia) and to Daniel Rendon “Don Mario” who, after the 2006 demobilization of the AUC, took thousands of former fighters with him and expanded his drug trafficking operations and networks in the Uraba area, quickly expanding in over 15 departments including Cordoba, La Valle del Cauca, Santander, La Guajira and even the area of Medellin.

Don Mario was arrested by the Colombian police in April of 2009 and the cartel was taken over by the Usaga brothers, Dairo Antonio “Otoniel” and Juan de Dios “Giovany”, both former paramilitary members who had known Rendon since the 1990s.

“Otoniel” has an interesting background as he had initially joined the Ejercito Popular de Liberacion (Popular Liberation Army), a Colombian communist guerrilla group mainly active between 1967 and 1991, when it began to break apart.  However, he soon switched sides and joined the far-right paramilitary and narco-group Autodefensas Unidas de Colombia, active between 1997 and 2006 against the FARC and ELN. It is interesting to notice how the Usaga brothers only had approximately 250 men at their orders when Rendon was arrested in April 2009. However, thanks to the two cartel leaders, the organization quickly grew in numbers, expanding operations and territory control. “Otoniel” took over the cartel in January 2012, when his brother “Giovany” was killed by the police during a raid in the Choco department. On that occasion, the new leader offered a $1,000 reward for each police officer killed in revenge for his brother’s murder. Usaga “Otoniel” had managed to escape capture for ten years, constantly on the move, hiding in grueling parts of Cordoba and Antioquia, protected by a small group of men. However, his being on the run ended on October 23rd.

The Urabeños have a particular organizational structure that enables them to quickly spread their presence throughout the Colombian territory and to continue operations when one of its leaders is arrested or killed, and when some of their cells are neutralized. As explained by InsightCrime, such a structure relies on blocs that receive direct orders from the cartel’s leadership, they retain specific territories and have internal lines of command. Some of them are also in charge of smaller substructures.

Additionally, Urabeños also rely on franchises, mostly local gangs that have no formal links to the cartel nor its chain of command, as they are simply sub-contracted to operate for them, in their name. It is not very different from what Isis does with terror cells throughout the world that perpetrate attacks in their name, but that are not structurally integrated into the organization. As indicated by InsightCrime, this is a win-win situation for both sides. “For Urabeños this strategy opens doors to criminal income, hitmen and a greater territorial presence, even if indirectly. For smaller gangs, the Urabeños represent an important ally to help them establish local dominance and to overcome rivals”.

It is very unlikely that the arrest of “Otoniel” will have a strong impact on the cartel’s narco-trafficking activity, not only due to the organization’s already cited flexible structure but also because there are several deputy leaders ready to take Usaga’s place. Among them, the two with more chances seem to be Wilmer Giraldo “Siopas”, indicated as second in command of the Urabeños and in charge of the southwestern part of Antioquia; Jobanis de Jesús Ávila “Chiquito Malo”, in charge of cocaine production and exportation. However, José Gonzalo Sánchez, alias “Gonzalito”, and Orozman Osten Blanco “Flechas” are two other possible candidates.

There is also a possibility that the cartel will break down into different factions looking for control of narcotrafficking, but that would more likely be a short-term option since it would negatively impact the cartel’s trafficking activity in the medium-long term, something that the Urabeños want to avoid at all costs, considering that narco-business is thriving.