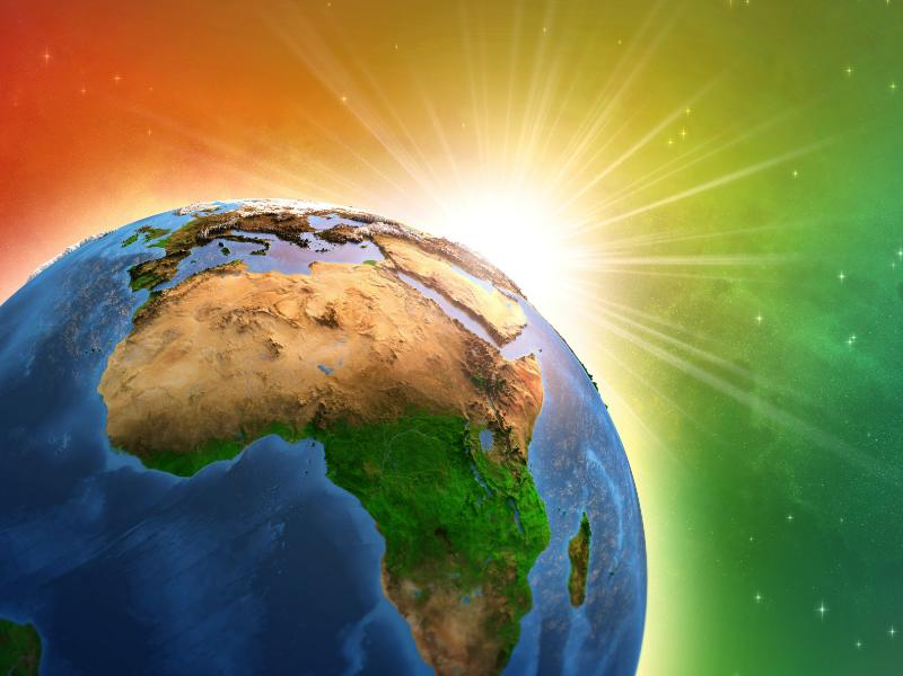 Africa: the pursuit for growth and sustainability

The current global energy crisis has proven how energy is the lifeblood of today's economies and highlighted the need for and advantages of an expedited scale-up of less expensive and cleaner sources of energy. To protect the planet, it is essential to make a global effort to transition to cleaner energy. As such, the most affected players by climate and history, African economies, are gaining momentum to address this issue and any comprehensive energy transition can only be achieved bearing in mind their situation.

In sub-Saharan Africa, less than half of the population has access to electricity and this number has dropped by 4% since 2019 due to many brownouts, blackouts, and load-shedding. Even in the industrial powerhouses of South Africa and Nigeria in sub-Saharan Africa, electrical networks regularly fail to sustain the region's current generation capacity, making it impossible to fulfill demand. The situation is similar in the north of the continent, where Egypt, one of the largest economies of the continent, suffers the same destiny. A study conducted under the Bank’s New Deal on Energy for Africa, shows a financial deficit of between $17 billion and $25 billion, with the abovementioned economies counting for around 33% of this gap.

Moreover, despite having the least culpability for the issue, Africa is already more severely affected by climate change than most other regions of the globe. Africa has the lowest carbon dioxide (CO2) emissions per capita of any continent, contributing less than 4% of global energy-related CO2 emissions, while having about one-fifth of the world's population. The adverse consequences of climate change, such as water stress, decreased food production and an increase in the frequency of extreme weather events, are already being felt disproportionately by African populations.

Africa's potential to leapfrog is not lacking and has already been discussed by the literature. However, dialogues on the actions to take to tackle the realities of climate change also center on how to manage energy use. Africa is at the center of a vital trade-off between using energy resources, which may significantly advance the continent's economic growth, and mitigating climate change. Although the world is experiencing an energy crisis of historic proportions,interest in its enormous gas resources is also growing north of the Mediterranean.

A matter of  economic justice

The Paris Agreement targets of keeping average temperature increases well below 2ºC and trying to not surpass 1.5ºC by 2050 with respect to pre-industrial levels set a roadmap to follow to fight climate change. This was to be achieved through National Determined Contributions (NDCs), that is, every signatory country would pledge to set a roadmap for cutting emissions, theoretically, following science-based targets. Despite being a move in the right direction, it does not come as a surprise that African economies yet to blossom are reluctant to curb their emissions at the same pace as developed countries.

By making a quick analysis of past and present events one can’t help but sympathize with the land that gave birth to mankind. On the one hand, going back a couple of centuries, the Scramble for Africa by European countries stands out as a watershed event in the continent’s history. The methods used for the continent’s partitioning and subsequent establishment of imperial powers have given rise to many maladies which have had long-lasting effects in inhibiting economic growth as has been proven over time and time again by academics. To name a few, depopulation through slavery has been found to account for 47% of the income disparity between African nations and the rest of the world. Moreover, the artificial nature of colonial boundaries has increased the likelihood of ethnic-driven conflict taking many lives and leaving many countries in a continuous “standby” situation. The previous two factors, coupled with the establishment of extractive institutions causing resource depletion to fund America and Europe’s industrialization, have contributed to the underdevelopment of the institutional framework in the aftermath of independence, which remains at a primitive stage to this day.

The outsized impacts of climate change make it a serious threat for the continent’s economics, which could be constrained by up to three percent by 2050 and further precipitate the fall into poverty of millions in Sub-Saharan Africa. Thus, combining the deterring effects of colonial legacy and the increasing consequences of climate change on the continent, asking for the mistreated African people to decarbonize by giving up growth and letting their momentum pass is historically unfair and currently unrealistic. This resonates even more when some data is explored concerning the continent’s future energy demand. By 2040, Africa will acccount for 50% of the global workforce.

Growth as we know it

Nonetheless, considering the demographic prospects and the further increase in energy coverage, a boom in energy demand is expected, and this, in turn, forces any durable global solution to climate change to take into account the region’s interests and constraints. Even though it is clear that Africa’s will can’t be overlooked, growth as we have come to know it implies for the continent to follow China and India’s emission history, 1st and 3rd largest polluters respectively, and to become, in the near future, the biggest polluter. However, it doesn’t necessarily have to be like that if we take into account how much ground is the renewable energy scenario gaining and Africa’s suitable renewable energy endowments. For instance, the continent receives 60 per cent more sunlight a year than the global average. Hence, solar energy has been coined the backbone of Africa’s new energy system, making it a solid challenge for the conventional fuel industry. Yet, for this to materialize the aforementioned investment gap should be dealt with. Healing previous wrongdoings and a solution to the investment deficit have been manifested, implicitly and explicitly, by US Climate Envoy John Kerry in the latest proposal at the COP 27. Under the name of “Energy Transition Accelerator” (ETA), its ultimate purpose is achieving the decarbonization of African countries by channelling a constant flow of private capital from big companies. Yet, what’s in it for the big polluters in the game?

Carbon markets have been around for quite some time and are divided between mandatory and voluntary ones. The former ones are regulated by states, and represent a tool for them to decarbonize specific sectors. The European Emission Trading Scheme does this by capping the emissions allowed and making companies buy and trade carbon credits equivalent to one tonne of CO2 in order to justify excessive emissions. Voluntary Carbon Markets (VCM), on the other hand, represent the market for companies to further advance in their own voluntary pledges for decarbonization. In VCM, credits are earned  either through avoidance/reduction projects or through removal/sequestration projects. ETA’s proposal focuses on the former offsetting solution, that is, private companies would earn credits by helping African countries either by phasing out fossil fuel infrastructure already in place  or by fostering the use of renewables in places where fossil fuels are not in place yet.

This proposal would expand VCM which has not yet exploded as a result of an untapped demand and a disorganized supply. However, these markets have been plagued with critics due to the lack of monitoring, and some of them apply to ETA’s proposal as well. The most notable issue is the lack of additionality that these projects may have. This means that the installation of renewables would occur given the plunging cost of wind and solar power, regardless of the credit's existence. Secondly, unless proper monitoring is enforced, companies may end up earning credits for building climate resilience, i.e. building walls for rising sea levels, a well-intended action which, however, deviates from the principle of one credit equivalent to one tonne of carbon sequestered.

All in all, African investment needs are immense, particularly in the area of infrastructure, making it imperative to seek cooperation between the public and private sectors. Furthermore, attending these needs requires from developed countries to understand the African context. Years of failed aid should have taught us that much. In this sense, even though it has some flaws that should be corrected before its implementation, ETA may be determinant to guarantee the proper transition of the African continent towards renewables without compromising the continent’s growth. Successive COP rounds have failed to address this issue, and dealing with global climate change through the achievement of national decarbonization targets seems to be a battle that will be fought by governments on domestic ground. ETA’s proposal may make the giant non-state polluters step in, and in doing so,  unlock millions of private capital in the right direction. In the hypothetical case where environmental integrity is compromised as a result of some  credits being earned by fostering climate resilience, this still would allow the African population to combat climate change consequences which they are mainly not responsible for, and in turn, allowing some compensation for centuries of injustices.