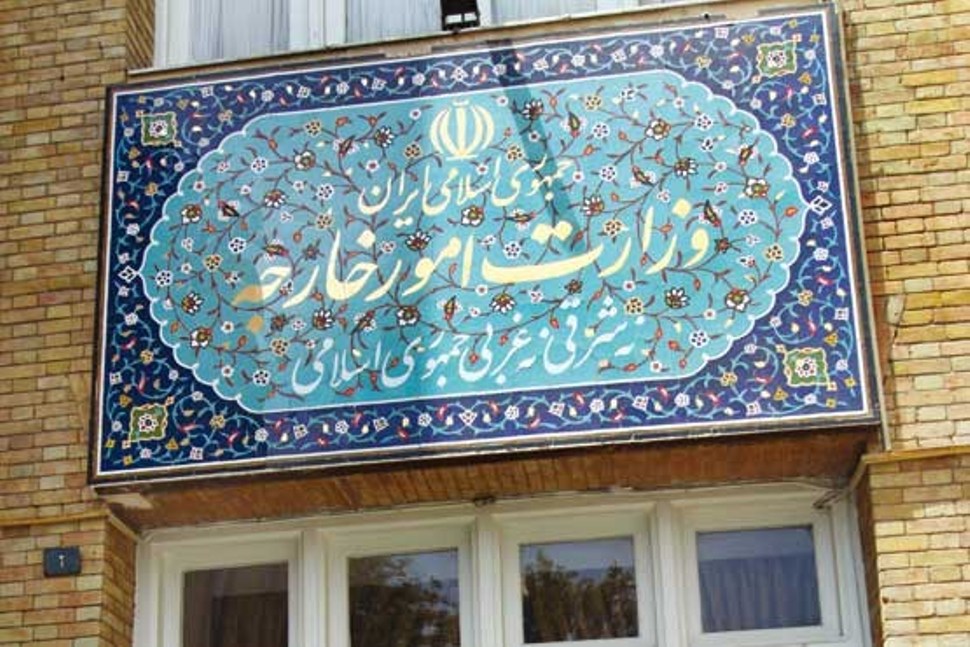 This motto engraved at the entrance of the Iranian ministry of foreign affairs represents Islamic Republic's ideology regarding its foreign policy. An ideal of independence mixed with a heavily ideological theme. Where do we stand 43 years after this motto was first chanted? Is the Islamic Republic an independent state from what it defined as East and West or is it becoming more and more dependent on one side in order to survive? In this article we will briefly review what pushes the Islamic Republic towards the East and what is to be expected from such pattern.

Within international relations, sanctions typically act as a tool of foreign pressure aimed at targeting the policies of other States (Marinov 2005, 564): compromises from leaders are more likely if their existence in power is threatened by an external pressure (Marinov 2005, 564). Even so, in the history of global politics, States have been targeted by sanctions, by foreign countries, according to diverse strategic rationales. In regards to the Iranian case, economic sanctions have been directed at curbing the regime’s nuclear programme, restraining its regional policy, and condemning its human rights violations.

Sanctions have acted as the preferred policy tool of the States most concerned by the development of the State’s nuclear programme (Esfandiary and Fitzpatrick 2011, 143). Though the Islamic Republic of Iran has faced sanctions since the November 1979 takeover of the US embassy in Tehran, the first US sanctions in regard to Iran’s nuclear intentions date to 1995 with President Clinton’s issuing of the Executive Order 12957 of March 1995 and the Executive Order 12959 of May 1995. These involved US export controls banning the transfer to Iran of dual-use that could be applied for weapons purposes. The international community would universally consider the matter a decade later, with the first UN sanctions against Iran imposed in 2005 by the Security Council Resolution 1737, which mandated a ban on assistance to Iran’s enrichment programme (Esfandiary and Fitzpatrick 2011, 144). If effects of the sanctions are to be assessed, it could be said that the 1996 Iran and Libya Sanctions of 1996 (ILSA), for instance, whose principal purpose had been to deter foreign investments in Iran’s energy industries, penalized the Iranian companies investing annually in Iran’s oil and gas sector; the ILSA was extended and the Iranian oil production stalled, growth was hampered (Schott 2012, 190).

Iran’s regional policy has additionally been a subject of concern within global politics and for neighboring countries. The Islamic Republic boasts a geostrategic position enabling it to project its influence on Central Asia, the Middle East, and the Mediterranean (Švejdová 2017, 46). Among the effects of economic sanctions relating to Iran’s regional aspirations the most significant amount to the impact of the state’s national economy. (Švejdová 2017, 47). That said, the stabbing of the economy has not haltered the regime’s resilience, which has exploited the foreign pressure by stabilizing its roots and empowering its policies, mainly through its religious ideology (Naghavi and Pignataro 2015, 3).

The last grounds on which Iran has been targeted by the U.S. and the international community are its human rights violations. Since the Islamic Revolution in 1979, Iran has been accused of violations both traditionally tied to oppressive regimes and also related to the regime’s codification of provisions found in Shi’a jurisprudence (Mokhtari 2004, 469). But in Iranian internal politics, Iranian policy changes have far from been implemented as a result of the U.S. sanctions nevertheless, as, on the contrary, the Iranian regime has condemned the United States for self-inflicting a domestic economic distress (Schott 2012, 191).

On the Chinese side, we must investigate the reasons behind the choice of Iran as an ideal partner for Beijing. We will analyze some past choices in order to find the constant characteristics.
We can take into consideration the example of Sri Lanka, where according to Ganeshan Wignaraja, *1“The pattern of Chinese investment reveals a nuanced picture of benefits and costs. Chinese multilateral policies are required to maximize the benefits and minimize any risks of its investment.” Moreover, it is not to be underestimated the role of Beijing’s influence in the political equilibrium, Jayadeva Uyangoda in fact affirms that 2* “China was using corruption as a controlling device. Chinese assistance to Rajapaksa was a means of buying his support by helping him increase his grip on the country.”
Other peculiarities can be studied in the case of Pakistan, where the construction of the CPEC (China-Pakistan Economic Corridor) is involving investments valued at 60 billion dollars, embedded in the wider Belt and Road Initiative. Beijing is applying a strategy that was defined by Zhao Shurong as 4* “cross-continental mercantilism, a policy that, through State Owned Enterprises (SOEs), allows China to endorse free trade aiming at the accumulation of capital, setting a new model of economic growth”. Investing in the strategic Gwadar Port could be a plastic representation of a policy that, according to Francois Godement, 3* “has a special significance for China, which considers regional connectivity as a fundamental element to rise at global level.”
We can therefore individuate a pattern, also in Africa, where 5* “trade has not been fair and has been detrimental to African businesses. For example, in South Africa factories had to close because of the cheap influx of Chinese goods”. Moreover 6*“Human Rights Watch alleges that Chinese organizations have been accused of inhuman treatment of workers in Zambia.“ From what emerges, China appears to search for a weak partner, who may accept exploitative measures in order to attract unfair but still useful investments.

Even though the details of the Iranian-Chinese 25-year agreement have not been published, yet considering China's pattern to a modern form of exploitation makes it quite clear. The illusion of economic growth generates a lasting debt with China that will harm the economy on a much larger scale in the long-run. It appears that the only reason behind such shady alliance is Islamic Republic's crucial need to trade which has been frozen by the U.S. sanctions.