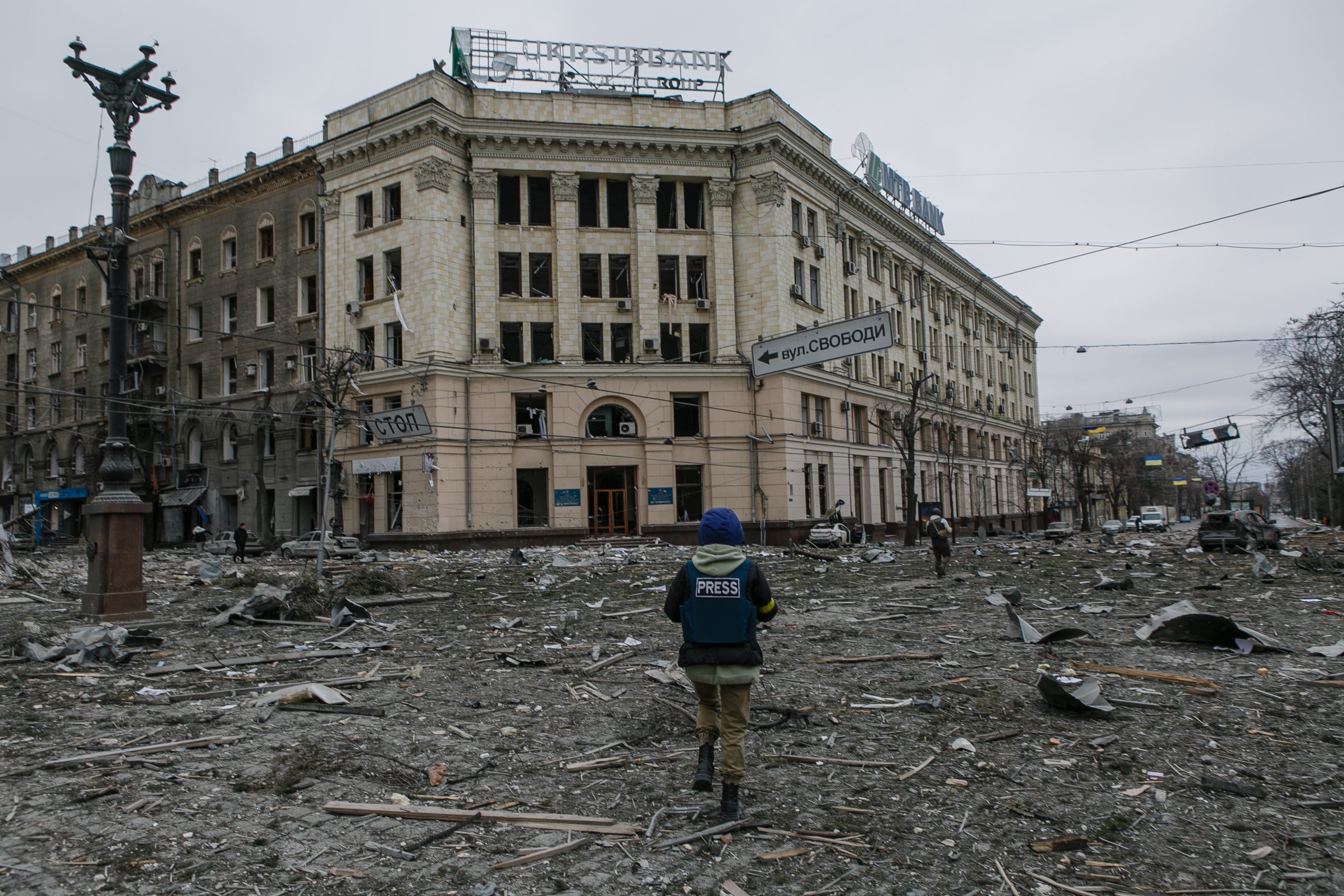 The Russian tactic is that of a pincer encirclement of entire Ukraine – from Russian territory and occupied Crimea, Donbas, and Belarus - and inside they follow the same tactic as Kyiv's focus, methodically destroying civilian infrastructure and nuclear power plants. The attempt is to demoralize and coerce Ukrainians. Yet morale is rising and these same civilians are becoming soldiers. Such support somewhat offsets the quantitative advantage of the Russian army in manpower and equipment. Now, Russian troops make advances into Ukrainian territory only at the cost of hundreds of soldiers every day, failing for now to take control of any regional center.

Their qualitative advantage is very reduced, as can be inferred from the high level of losses, which seems to be well above 5%, in men and materials. Russia could take control of the territory, but only with long times and high destruction. Reservist and conscript call-ups, as well as the ongoing shipment of Syrian and Chechen militants to Russia and Belarus, will not be able to affect the balance of troops around Kyiv in the coming week, slowing down the Russian tactic as it is momentarily unable to conduct simultaneous attacks.

Russia is now deploying maneuverable Kinzhal hypersonic missiles, reported by Russian state news agencies as a “next-generation weapon”. While it is very unlikely that the deployment of Kh-47M2 missiles will have a major impact on the current stall of the invasion, It could likely point out a shortage of other weapons and a propagandistic effort to distort Russia’s military failure.

However, after an end of decades of deterrence orthodoxy, the danger of a possible escalation involving nuclear weapons is real. Indeed, Putin has used nuclear threats to create a wide perimeter in which he may pursue a conventional war in Europe. NATO countries are doing everything to avoid escalations, complying with a policy of non-intervention for avoiding direct contact with the Russian military.

While not directing intervening in Ukraine, NATO countries are deploying significant military aid to the country while drastically raising defense spending, reclaiming the alliance's historical role as a protective haven against Moscow's military activities. Germany in particular is now increasing its defense spending to more than 2% of its economic output: a historic departure from its postwar commitment not to transfer armaments to combat zones. Moreover, the European Union's recent investments (€500 million) in arms and other aid to the Ukrainian military mark a “watershed moment” in its history.

However, many countries are starting to be bitten by the economic effects of the war, especially those with currencies linked to the rubble. More sanctions implications are quite likely to emerge in the coming weeks, particularly in a case like the EU-Russia energy partnership, where dependency is significant. Indeed, the Russian invasion of Ukraine is now serving as a geopolitical catalyst on key strategic, economic, and societal issues and will certainly bring to consider re-alignments, particularly in Post-Soviet countries and the Middle East. NATO's deterrent posture must be strengthened as well as cooperation and dialogue with the various regional actors in order to figure out the next evolutions in the geopolitical chessboards.