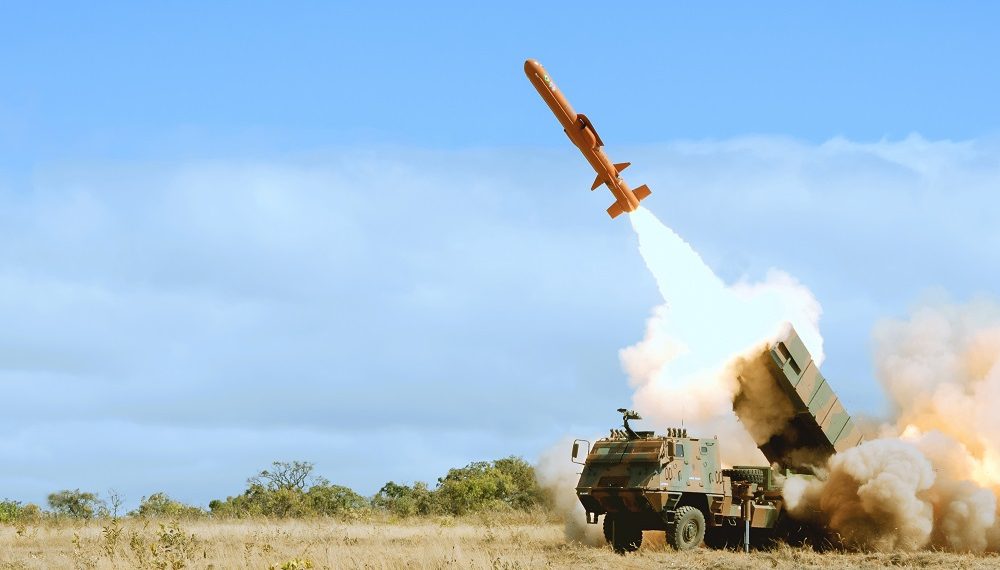 The ASTROS II System and the AV-TM 300: assuring Deterrence through Precision Strike by the Brazilian Army

At the beginning of the 21st century, Brazil began to design a grand strategy that aimed to establish the country as a great power or an indispensable actor in international relations. This imposed on Brazil the need to restructure its armed forces in order to make them better equipped, trained, educated and with great firepower, long-range and lethality to support its sovereign decisions at the international level. Therefore, in the early 2010s, the Brazilian army resumed its process of military transformation.

The transformation process currently under development within the Brazilian Army highlighted a series of capabilities the ground force needs to implement by 2030. Amongst those, the army highlighted the importance of developing robust capabilities to assure extensive extra regional deterrence. The act of deterrence essentially manifests itself in a multi-domain environment, and it is up to the ground force – especially the artillery - to contribute through a long-range and high precision fire support system. Thus, the Army Command determined the elaboration of the ASTROS Strategic Program, with the main objective of providing the ground force with aforementioned firepower capability.

The program was named after the ASTROS II (Artillery Saturation Rocket System), a universal surface-to-surface rocket and missile artillery system for area saturation that began to be produced in 1983, by a partnership between the Brazilian Army and the Brazilian company Avibras. The ASTROS – in contrast to its main competitor, the MLRS HIMARS – is the only rocket artillery system with a modular launcher, which allows the firing of ammunitions of different calibres (ballistic rockets, guided ammunitions and cruise missiles) by simply changing the rocket's containers. The rocket artillery system aims to launch a considerable number of rockets, in a short period, against targets of considerable dimensions, being considered as an "Area Saturation System", essential for implementing credible deterrent strategies.

The R&D projects are among the most promising given the development of the Brazilian tactical cruise missile, the AV-TM 300 (or MTC-300), the first in South America. The project also includes the development of guided rocket ammunitions such as the SS-40G. Currently, the development of both in under the auspices of the company AVIBRAS – that already developed a whole ‘family’ of rockets for the system – and carried out in partnership with the Brazilian Army.

Notwithstanding, the development of the tactical cruise missile stands out for being the first Brazilian indigenous jet-powered cruise missile and the first of the category to be deployed in South America, in addition to being a cheaper option to the American MLRS ATACMS. Cruise missiles are aerial devices that autonomously transport a payload over long distances, being capable of hitting targets with precision in the order of tens of meters. Thus, it requires advanced technologies, especially in the areas of navigation systems, control, guidance, aeronautics and combustion.

The AV-TM 300 started to be developed in order to meet the concepts of selective lethality and protection, delivering a high technological value defence product. In order to assure one of the strategic goals of the Brazilian National Defence Strategy (extra regional deterrence), the missile is designed to have a range of up to 300km. In this way, when combined with the strategic mobility capability of the ASTROS System, the AV-TM 300 can cover any country in the region, ensuring not only national deterrence and area denial, but also extended deterrence to allied nations in South America.

Regarding its main technical characteristics, the missile is equipped with a central computer that combines a microeletromechanical system (MEMS) integrated with an active GPS navigation device that continuously provides positioning information for course correction, enabling the first adjustment manoeuvres to insert the missile into the cruise route and the execution of the final aiming manoeuvres over the target. All of this provides the missile a precision capacity of 30 meters. The missile can also carry a single 200kg highly explosive warhead, equipped with the RDX explosive, known to be more powerful than the TNT. As an option, the warhead can also carry the same 200 kg of cluster munitions, with 64 sub munitions for exclusive use on anti-personnel or anti-tank targets. The AV-TM 300 uses solid-fuel rockets for launching, and a turbo-jet during subsonic cruise flight. Last, but not least, the missile is capable of flying in low altitudes during the cruise phase, reducing the possibility of detection by enemy radars.

Its developers consider it a multipurpose missile/system, used for the acquisition of strategic targets, area interdiction and asymmetric warfare. Nonetheless, even though the AV-TM 300 stands out in the global market due to its level of reach, it still has a relevant limiting factor: the absence of a final guidance system (seeker). Since the “guidance” package of the missile is a combination of GPS/INS and terrain matching, this brings a tactical consequence that is the AV-TM 300 being a missile to be only used against fixed targets, such as antennas, air and naval bases, refineries, ports, and industrial and military installations.

In this way, since Brazil has a coastline of 7,491 Km, the AV-TM 300 would be ineffective in coastal and littoral defence against naval targets. Brazil has three strategic points that would benefit from the missile deployment to assure A2/AD: the Amazon River mouth, the Fernando de Noronha archipelago, and the extensive line of petroleum platforms. Coastal defence scenarios are still the result of simulations, however, the process of implementing the guidance system is already underway, which has no scheduled date for implementation.

In general, taking into account the geopolitical and strategic relevance that Brazil could assume in the international scenario, the ASTROS system and the AV-TM 300 essentially contribute to the readiness and effectiveness of the ground force, endowing it with combat power capable of reducing the concentration of hostile forces near the land borders. Moreover, they assure the main objectives of robust deterrence capabilities and means through which the country can project power.