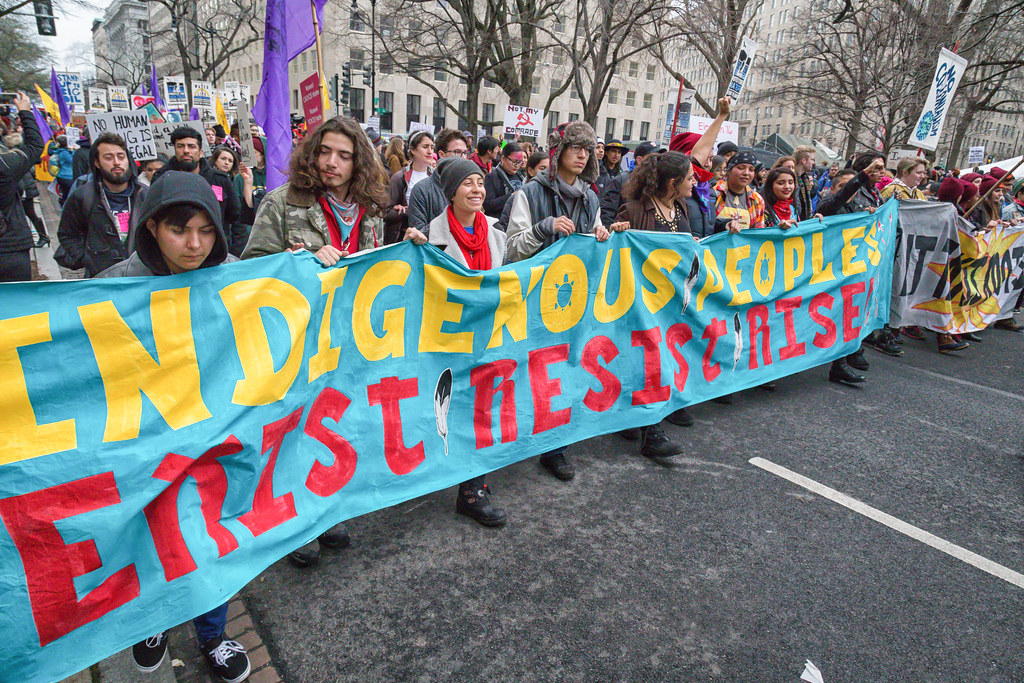 The legacy of Canadian Residential Schools: the Indigenous Rights Movement and its current Challenges

Recently, unmarked graves of hundreds of Indigenous children were discovered in various locations in Western Canada, in the territory of residential schools. These schools operated between the end of the 19th century until 1996,  and were mostly run by the Catholic Church. The official number of Indigenous children who died in these schools because of mistreatment is 4120, but it is claimed that the actual number could be much larger.

Evidence from various studies prove that approximately 150,000 indigenous children were subject to forceful assimilation in these institutions, after having been separated from their families. Physical, psychological, and sexual abuse were among the practicesused in these schools. The high death rate of Indigenous students can be connected to the extremely bad conditions of the schools— such as poor nutrition, the lack of nurses or the inadequate construction or use of the buildings — and to the lack of proper medical treatment provided to indigenous children, among other inhuman practices. The leading cause of death was tuberculosis, easily caught by malnourished children.

The practices of the residential schools have been described as a genocide by several scholars. The Truth and Reconciliation Commission, after having examined testimonies from thousands of survivors, also announced that these acts are to be classified as cultural genocide against Indigenous people.

After the discovery of the graves, Canadian Prime Minister Justin Trudeau guaranteed financial aid and support to the Indigenous communities in Canada. Furthermore, an initiative of the Survivors of the Mohawk Institute at Six Nations of the Grand River — a large reserve in Canada —  aimed at uncovering more details about the dark legacy of the schools’ past with a death and criminal investigation. Questions still remain about the responsibility, the accountability, and the compensation, regarding the Canadian state and the Catholic Church.

However, the discrimination of indigenous communties in Canadais not solely a past phenomenon  - according to some studies ongendered violence and on the unequal treatment of indigenous people in Canada, Indigenous minorities still face a very different set of circumstances compared to the majority society. We must also consider that the controversy surrounding the Canadian case is not a localized issue, but the latest in a global movement of recognition and redress led by indigenous communities.

The Global Context for Indigenous Rights

Currently, there are 370 million Indigenous people around the world, spanning over 90 countries, 5,000 communities, and 4,000 languages. As such, the struggle of the indigenous movement is not an ancient issue, but a current and contemporary human security challenge. While there has been progress – most notably marked by the 2007 United Nations’ Declaration on the Rights of Indigenous Peoples (ratified by 143 countries) – indigenous abuses are still erased and forgotten, as we have mentioned in the  case of Canadian residential schools.

The legacy of indigenous communities has been marked by a rich history and vital contributions to our culture and environment (for example, in safeguarding 80% of global biodiversity) – however, it has also been defined by horrific atrocities. Well-known is the case of Native American communities, numbering over 10 million before European colonization, and decimated to under 300.000 by the 1900s. Indigenous peoples continue to face continuous and pervasive human rights abuses – ranging from assimilation policies, to land dispossession, the criminalization of protest, or abuses by armed forces. These abuses extend globally – having worsened in recent years and in the wake of the COVID-19 pandemic – and most severely affect communities defending their rights and lands. This has led to intergenerational trauma in many indigenous communities. Today, the most prominent topic in discussions and advocacy within indigenous communities remains the issue of land rights and the resources they harbor.

Indigenous Peoples have a special relationship with natural resources. But from the times of colonisation to the present day, theirrights over these resources have been continuously violated. Even though they make up five-percent of the world’s population, they account for about fifteen-percent of the extreme poor. The major cause of this discrepancy owes to the history of colonisation, subjugation, and oppression. They regularly lack formal recognition over their lands and other natural resources, and are often last to get public investments, access to justice, political participation, and face various obstacles to partake in the formal economy.

Around a quarter of all land outside Antarctica belongs to Indigenous Peoples. But much of this land occupied by them is undercustomary ownership, and most of the governments all over the world acknowledge only a small percentage of this land as lawfully belonging to Indigenous Peoples. The unstable land tenancy is a cause of conflict, environmental degradation, and inadequate economic and social development. This endangers Indigenous Peoples’ culture and knowledge systems both of which have an extremely valuable contribution in maintaining ecological integrity and conserving nature and biodiversity.

As per World Bank, ‘’Improving security of land tenure, strengthening governance, promoting public investments in quality and culturally appropriate service provision, and supporting indigenous systems for resilience livelihoods are critical to reducing the multidimensional aspects of poverty while contributing to the SDGs.’’

The crucial role of social movements

It appears that legal frameworks for the protection of Indigenous People’s rights have been established, but land rights are not yet addressed by state actors and international organizations. Often, aboriginal communities lament a pattern of broken promises and a series of failures within development projects that have been promoted by such actors. This is due in part to the difficulty in questioning the power relations within the structure in which they operate. What is also elided by the mainstream narrative, are the continuities between the colonial past and the present. A postcolonial perspective on the matter has been proposed by many indigenous scholars that investigate colonial legacies to explain the nowadays imbalances between indigenous people and the broader society. Inequities are evident in regard to the land and resources issues but encompass almost every aspect of society, most notably healthcare. A postcolonial approach has been put into practice by many social movements, activists, and advocates for Indigenous People’s rights. Protests and movements, like Idle No More in Canada, emerge from the aboriginal communities and amplify their voices in the many arenas in which decisions are made. They represent the opportunity to contrast the structural violence they face, through ‘grassroots’ discourses around their conditions and demands and cooperations with governments and international actors. In response to the recent discovery of yet another atrocity committed in the residential ‘schools’, Idle No More has asked to cancel Canada Day to ultimately acknowledge the legacy of settler colonialism and violence in Canada’s history; Fifty municipalities have accepted the proposal out of respect and justice.

The Canadian case serves to illustrate what remains an evolving redress and human rights struggle for indigenous communities around the world. Indigenous human security continues to be precarious in most states, and despite the increasing recognition of these transnational advocacy movements, much remains to be done. As states seek to fulfil their obligations to ensure the wellbeing of their communities, a renewed focus must be placed on the recognition of indigenous peoples and their voices as rightful custodians of their land, resources, and culture. If the promises of a post-colonial global order are to be realized, it is indigenous communities that will define and lead the way to achieving it.