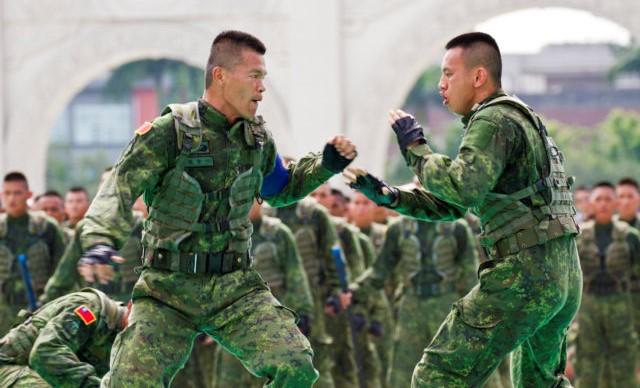 The Need for a Territorial Defence Force in Taiwan

The Chinese Communist Party is one of the most ruthless regimes in history. There should be no illusion that China, under President Xi, is not only capable, but willing to enact this violence on the people of Taiwan. Mara Karlin, United States Assistant Secretary of Defence for Strategy, Plans and Capabilities stated, "I think the situation we're seeing in Ukraine right now is a very worthwhile case study for them about why Taiwan needs to do all it can to build asymmetric capabilities, to get its population ready, so that it can be as prickly as possible should China choose to violate its sovereignty." Ukraine, under the might of the much larger Russian military, was expected to fall in days, but the Territorial Defence Force has been credited in helping to slow the Russian advance.

A recent article by Michael Hunzeker and Admiral (Ret.) Lee Hsi-ming, former Chief of the General Staff of the Republic of China’s (Taiwan) Armed Forces, and a recent ITSS Verona Interview with the Admiral discusses the need for Taiwan to develop a standing, all-volunteer, Territorial Defence Force against the threat of a Chinese invasion. The Taiwanese military currently has approximately 170,000 active-duty troops, including 90,000 Army, 40,000 Navy,10,000 marines and 40,000 Air Force but just rough-and-ready militias and civil defense groups to counter a ruthless occupation. Territorial Defense Forces are not capable of defeating a large-scale invasion but can prevent a swift victory by ensuring an occupation would be violent and lengthy.

Hunzeker and Admiral Lee’s concept is to build a Territorial Defence Force around special forces units, trained in asymmetrical warfare. A well trained and equipped Territorial Defence Force would make it very difficult and costly for the People’s Liberation Army (PLA), should they get passed Taiwan’s coastline defences. In a recent interview, Hunzeker elaborated that Taiwan should have a Territorial Defence Force for two reasons. One, as a message of deterrence that the Taiwanese people are ready, willing, and able to defend Taiwan. Two, a Territorial Defence Force would make it very challenging to conquer the civilian population. This would buy time for Taiwan to defend itself and for allies to intervene and help Taiwan. Retired U.S. Navy Rear Admiral Mark Montgomery, a senior fellow at the Foundation for Defense of Democracies stated that the United States (U.S.) needs to learn the right lessons from the war in Ukraine, including spending less time ‘worrying about provoking authoritarian bullies’ and more time working todefend threatened democracies before invasions start. The U.S. has also been slow in addressing concerns and requests by U.S. Indo-Pacific Command, that recently warned again that military balance of power in the region continues to become “more unfavorable” for America and its allies. Therefore, although it is likely the U.S. and allies will come to Taiwan’s defence, Taiwan must also show a willingness to fight, just as Ukraine’s Territorial Defence Force inspires the world and garners international support.

The Territorial Defence Force would not need to be extremely large to be effective. Units of thousands, even hundreds of asymmetric trained volunteers would make a big impact, as witnessed now in Ukraine.

The Taiwanese government must play the leading role in building and supplying the Territorial Defence Force. Not only must volunteers be trained, but they will also need to be armed and supplied. Ukraine has land borders that make it easier to resupply fuel, ammunition, weapons, water, food, and medical supplies. As an island, Taiwan has the advantage of island defence but will be at a disadvantage when it comes to resupply. Taiwan’s strategic challenges include knowing China will attempt to cut Taiwan off from the outside world. Therefore, it is vital that the Taiwanese government create a Territorial Defence Force and provide stockpiles throughout the country.

Scenes of ordinary Ukrainians defending their homeland has awakened Taiwan’s own spirit of resistance. The Taiwanese people are inspired, Russia has shown that the threat of invasion is real and Ukraine’s Territorial Defence Force has shown that resistance works. Now is the time for the government of Taiwan to build a strong, fully supplied Territorial Defence Force that will deter and, if need be, defend Taiwan from occupation. The 4thPresident of the United States, James Madison once said, “A well-regulated militia, composed of the body of the people, trained in arms, is the best most natural defense of a free country.”