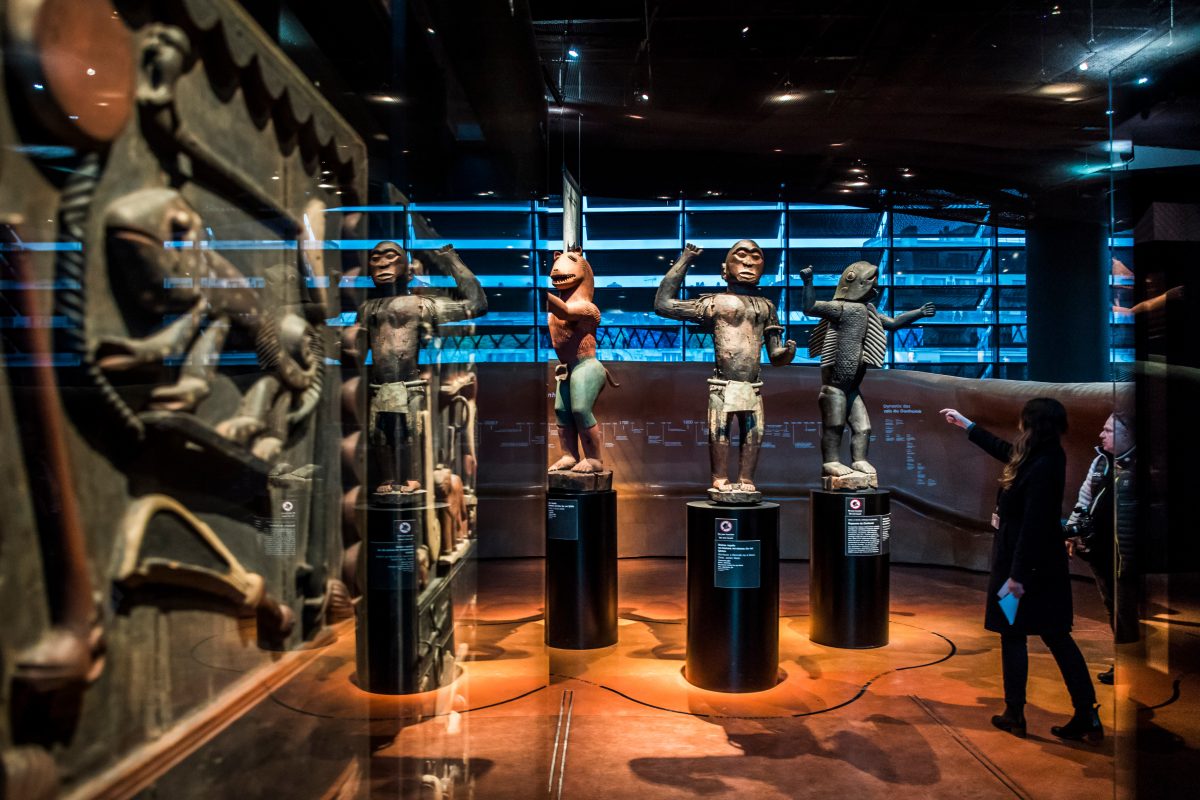 The Restitution of Cultural Objects to African Countries: New Form of Decolonisation?

Between the end of 2018 and the beginning of 2019, the debate on cultural decolonization processes resumed. This is an expression by which we mean the return, to the countries of origin, of works of art and objects stolen in times of conquest or colonialism. With increasing insistence, there has been talk of ways, laws and times for returning works preserved in Europe to their countries of origin.

The protection of African cultural heritage

Almost 90% of Africa's heritage is outside the continent, in particular, 80-90% of it can be found in European museums. African countries have had to face the problem of the removal of cultural properties from the continent to other parts of the world over many decades and perhaps centuries. The end of colonization has witnessed the repatriation of cultural objects from the colonial powers to the colonized countries. Examples include return of objects by Belgium to Democratic Republic of Congo, by the Netherlands to Indonesia, and by Australia and New Zealand to Papua New Guinea. The process involved in the restitution of cultural properties is usually difficult and long. Negotiation for the return of the Makonde Mask to Tanzania, for example, lasted 20 years. While other stolen memorials were returned to Kenya from the United States after 22 years. After almost 70 and 30 years Rome returned the Obelisk of Aksum to Ethiopia, and the Monument to the Lion of Judah.

Africa’s cultural heritage has attracted and will continue to attract great interest from all over the world. Each Member State needs to have a national strategy that needs to be integrated as well in new  opportunities for international cooperation.

In recent years it is possible to find a strong global debate about the rightful place of cultural objects. One after another Western countries began to announce the return of cultural property to the countries of origin. Just a few months ago there was the return to Ethiopia of ten important artifacts from the Battle of Maqdala, looted by British troops during the punitive expedition in 1868. Governments themselves are starting to take actions regarding the matter of long-ago acquired artifacts, many of which are now held in public museums. Nanette Snoep, anthropologist and curator from the Rautenstrauch-Joest-Museum in Cologne, said, “museums and politicians have become aware of the fact that it is really necessary to decolonize museums, and decolonizing also means restitution.”

Last summer, the British Scheherazade Foundation got the Maqdala artifacts back and handed them over to the Ethiopian ambassador to the UK. The list of artifacts includes a handwritten Ethiopian religious text, crosses, and an imperial shield. They represent only a small part of the many precious Ethiopian objects that the English army stole after the Battle of Maqdala in 1868. The ambassador Teferi Melesse, during the restitution ceremony declared that Maqdala was still an open wound for them. The Maqdala objects, treasures, or artifacts represent a possibility for the Ethiopians to mourn and process what they lost. Also in a statement, Alula Pankhurst, a member of Ethiopia’s National Heritage Restitution Committee, calls the objects’ restitution the “single most significant heritage restitution in Ethiopia’s history.”

In April this year Germany reached a deal to return to Nigeria Benin Bronzes next year. These ancient works of art were looted in the 19th century and are currently on display in German museums. The developments in recent months are themselves the cumulative result of many years of difficult discussions and negotiations. The first formal request for the return of artifacts looted during the 1897 raid was made in 1936 by the Oba of Benin. The Benin Court and the Nigerian government then sought to secure the return of the Benin antiquities on various occasions since Nigeria's independence in 1960. In 2010 a multilateral international collaborative working group, known as the Benin Dialogue Group, was formed. The members are representatives of Western museums together with  delegates of the Nigerian Government, the Royal Court of Benin, and the Nigerian National Commission for Museums and Monuments. Its objectives are cooperation between museums that possess Nigerian cultural heritage in Western countries and the return of illegally obtained works of art, including the Benin Bronzes.

The engagement of these entities have been really important in the context of recent events.

In 2019, during a meeting of the group, the members decided to plan the establishment of a new museum to house the Bronzes. After this the Legacy Restoration Trust was founded to develop the new museum, the Edo Museum of West African Art. It has the goal to highlight, rediscover and protect the history and the cultural heritage of West African culture. So for now the German government and the Nigerian National Commission for Museums and Monuments have signed a memorandum of understanding for the restitution of the artifacts of the royal palace of Benin. The agreement provides for the signing of a contract to be signed by the end of the year. It will transfer ownership of the Benin bronzes from German museums to Nigeria in the second quarter of 2022.

In 2017, French President Macron, during a visit to the Ki-Zerbo University of Ouagadougou (Burkina Faso), declared his commitment to make possible, within five years, the conditions for the temporary or permanent restitution of African heritage in France. This led to the report by Felwine Sarr and Bénédicte Savoy who, on the official request of the president, on 23 November 2018 presented a long report on the French government's decision to return the works claimed by the Benin authorities. To make refunds possible, the French Parliament approved a law on 24 December 2020 that allows for derogations from the principle of inalienability of objects that are part of state collections. Underlying this commitment is the idea that Africans should have access to their heritage in Africa. The 26 objects from the royal treasures of the Danhomé kingdom and taken by the French during the Benin colonization war of 1890-1894 were on display at the Musée du Quai Branly in Paris for a week, from 26 to 31 October. They have now been officially returned from France to Benin. The return of the works to Benin represents an important precedent that could soon lead to the conclusion of new returns from other European countries and beyond.

The hope is that this trend will continue in order to focus more on this form of  decolonization, and this regardless of the requests for restitution by the countries of origin. It is not just a question of returning artifacts, but rather of recognizing the fact that countries, regions and communities of origin have the right to manage and preserve these artifacts. For all the parties involved it is a question of working in favor of a new shape and a new orientation of the museum, which is more permeable to external interest groups and which takes on wider social functions. To achieve this, close collaboration, exchange and knowledge transfer in both directions are required.