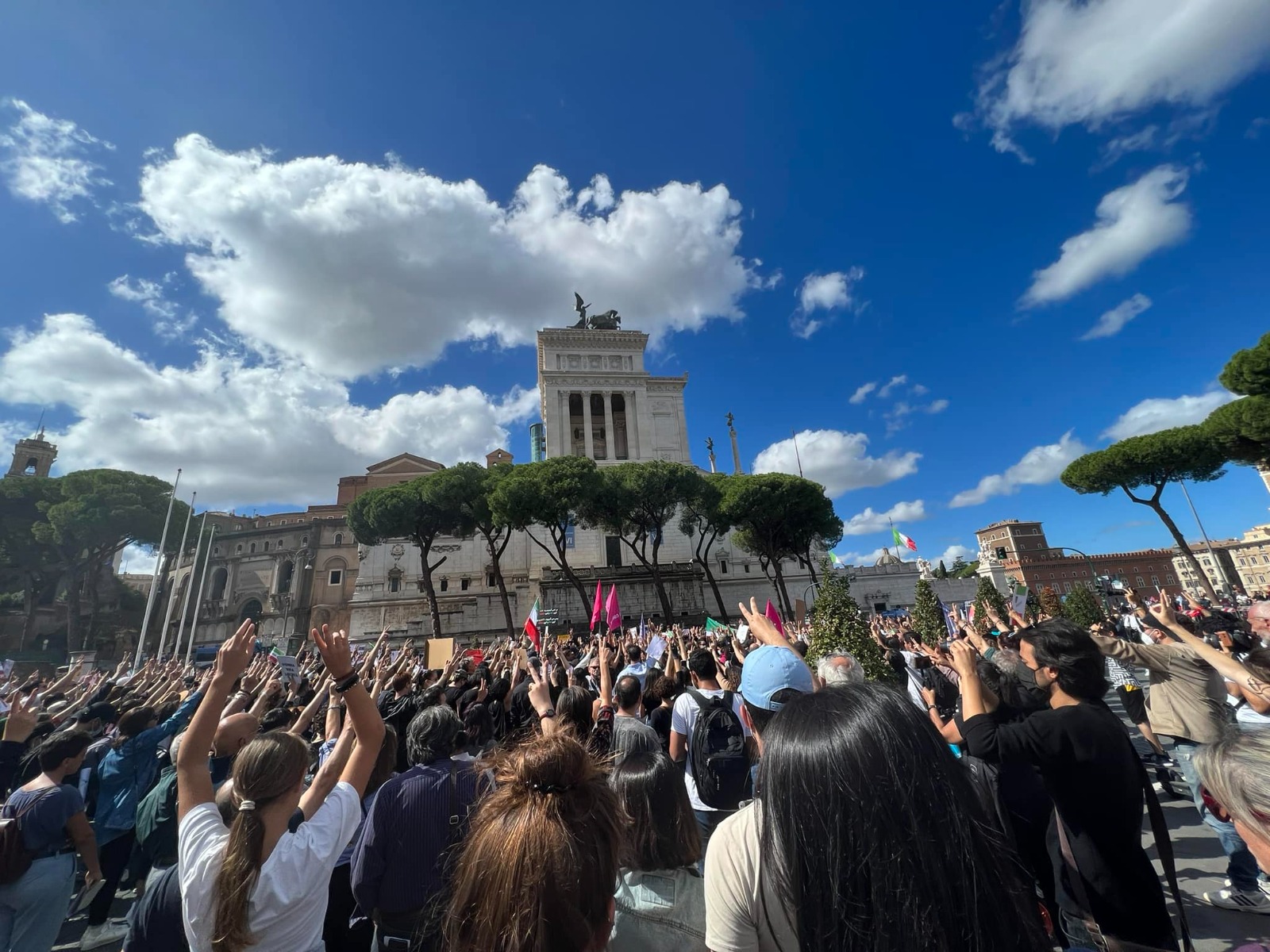 It has become impossible to turn on the news, surf the internet, or take a look at the notifications on your cellphone without facing the name of Iran in the past month. From the street of Tehran and other cities in Iran to European capitals and American cities, from warzones in the Middle East to the safe streets of Canada you can see people Iranian and Non-Iranian cutting their hair to show their solidarity with the Iranians. On October 1st in more than 150 cities across the globe people chanted "Woman, Life, Freedom". What has been happening in Iran?

Over the past 43 years, Iran has experienced many episodes of turmoil, often marked by political resentment against the government, and more widely the clerical élite. If initially, students were the main actors, the constituent element of protests has later shifted towards a larger segment of the population over the years.

Indeed, in 1999 protests were organized by young people after being put on alert by the shutdown of the pro-reformist media Salam. Following a DTV (Daftar-e Tahhim-e Vahdat) organized sit-in in front of their dormitories, University of Teheran’s students were assaulted by the police together with the Islamic Revolutionary Guards Corps (IRGC) and Basij paramilitary group during the night. The wave of protests lasted five days and expanded to more than 10.000 students, who gathered to express their resentment towards Iranian authorities for failing to protect them against violence.

Ten years later the capital’s streets were filled up again with demonstrators belonging to the so-called Green Movement with posters reciting “Where is my vote?”. The crowd consisting of the middle class, youth, intellectuals, and the moderate wing represented the largest phenomenon since 1979. This turmoil was caused by the suspicious quick election of Ahmadinejad as president just a few hours after the polls closed. In reaction, the challengers, Mir Hossein Mousavi and Mehdi Karroubi called immediately for election rigging. Over time the issue evolved into a wider allegation of the clerical leadership, who is said to maintain the status quo to the detriment of democratic rights.

Geographically very different rallies appeared in 2017, being less concentrated in the sole capital and widespread in many urban areas across Iran. However, compared to the last disorders the main feature here was the absence of organization and above all a guiding leader. The legit questions were linear with the prior movement (corruption, high prices, unemployment, and civil rights), as well as the end of Iranian interference in Syrian, Lebanese, and Iraqi affairs. Moreover, external factors such as sanctions have contributed to exacerbating the socioeconomic situation, leading to increased internal tensions.

As a response to international penalties, the authorities adopted an extreme sudden measure during the night of 15th November 2019, raising petrol prices by 300% and causing popular displeasure. The clashes with IRGC and Basij militias are up to date thought to be the most violent in the history of the Islamic Republic, namely the number of casualties involved 1,500 individuals, and in addition, Iranians were put under a week-long Internet-free regime.

Clearly, in the last five years, economic reasons have frequently prompted the various social classes, ethnic groups, and peripheries to join under the umbrella of unhappiness with the Shia regime and an increasing scale of rage fueling the dissent has been registered.

In September 2022, it took a violent killing to spark a wave of protests both domestically and internationally. The death of Mahsa(Zhina) Amini, a 22-year-old Iranian woman detained by morality police in Tehran, who passed away on September 16, 2022, under suspicious circumstances, has alas highlighted a crisis of legitimacy that has hit the foundation of the political and social institutions that were established since the 1979 revolution.

In a nation where anger has never abated, the biggest anti-government revolt since the death of Mahsa Amini has emerged and expanded to 80 Iranian cities despite a brutal crackdown and the restriction of Internet access by the authorities.

The circumstances surrounding Mahsa's detention have shed light on a specific institution known as the morality police, also known as the guidance patrol (Gasht-e-Ershad in Persian). The Islamic Republic of Iran's uniformed Law Enforcement Command's vice squad is made up of the religious police. Since 2005, it has been responsible for the arrest of anyone who disobeys the Islamic dress code, which often relates to women covering their hair with hijabs.

The protests seek to eradicate this pillar of the Islamic Republic. World leaders alike have expressed support for Iranian women and the US Department of the Treasury has announced sanctions against the Guidance patrol.

There are public demands about the possibility of a regime change. Iran’s morality police have terrorized women for decades. Who are they, and what kind of legitimacy do they benefit from? Gasht-e-Ershad follows social regulations based on the state’s interpretation of the Islamic Sharia law which requires both men and women to dress modestly. Yet, the control the Guidance Patrol boasts on the day-to-day lives of people in Iran has varied over time.

Such variability must be seen as the nature of the political doctrine carried out by the president. Under Ibrahim Raisi’s ultra-conservative administration, the “morality police'' has increased its presence. The country’s conservative leadership sees the gliding from “religious standards” as a threat to the theocratic foundations of the regime. Raisi spoke of “enemies of Iran and Islam targeting the religious foundations and values of the society”. As public discontent skyrockets, Raisi’s government is also grappling with issues related to staggering high inflation, international sanctions, water crisis, regional tensions; and particularly its administration’s survival: observers have pointed out how Raisi won’t ditch the morality police as he deems it essential to please the hard-liners whose support he needs.

The Hijab pertains to a core value of the Islamic Republic’s regime, which compromises the Supreme Leader and the Islamic Revolutionary Guard Corps. Hence, Raisi is not only trying to please the upper hand but to save them.

Yet, attention to the chants of protestors highlights how the main demand is not for the abolition of the Hijab itself, but the overthrow of the regime. The latter is not a secondary insistence; it is the main one.

For the protests to reach their auspicate hopes these should look beyond just the abolishment of the vice squad and the specific issue of women’s rights. The anger is palpable and Mahsa Amini’s death was all it took but controversies in Iran shape an uncertain future amidst the existential challenge to the Raisi administration.

The Islamic Republic has been responding to the Iranian people with absolute violent means killing more than 200 civilians including which at least 24 minors. It appears that Iranian people this time are very well aware of the challenges that they are facing and are willing to do what it takes to ensure a lasting change that can guarantee peace and stability for Iran. At the same time, many members of the international community as well are playing initial roles to show their support for the Iranian people hopefully such support will bring pragmatic decisions as well because a safe and stable Iran means a stable Middle East and a better world for all.